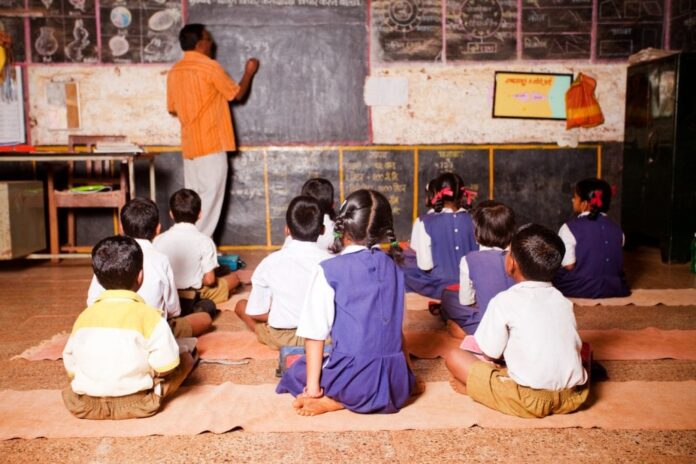 The Telangana government is planning to close all 3,750 low strength government schools soon. The expert committe formed and the report is awaited in this regard.

According to reliable sources, the Education Ministry has been consulting educational experts on shutting down government schools, which might lead to the closure of 3,750 schools in Telangana. 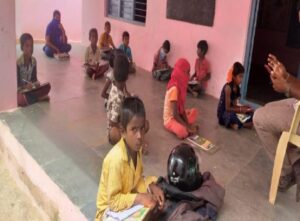 The Government School in Sangareddy district in Telangana had 25 students and one teacher in 2010. A decade later, the school has a strength of 145 students. In a span of 10 years, 120 students had joined the school. This was not some miracle, but the result of the efforts taken by the headmaster, Mohammad Akbar. Since there were no teachers at the time, the Education Department appointed the headmaster as a teacher as well. The school had a massive dropout percentage. Akbar went from house to house and made the students return to school. He also introduced several reforms in the school over the years.

However, not every government school is fortunate to have such a faculty member. According to the Right to Education Act, 2009, the stipulated pupil-teacher ratio for primary classes is 30:1. Because of this, schools with a strength of around 30 students are being run by a single teacher who teaches all the subjects for students in different classes. According to sources from the Telangana Progressive Teachers’ Federation (TPTF), the state government is on the verge of closing about 3,750 schools due to their low enrolment of students.

The sources added that the Telangana Education Ministry is consulting educational experts, associations, and government teachers and headmasters about rationalising and merging schools to form integrated schools, to reduce the financial burden on the state government. Through rationalisation, the Ministry will reassess the needs of schools and if any school is closed, the school’s students would be enrolled in fully functional schools in nearby areas. However, education activists and teacher associations have questioned the move, saying that schools should not be closed in a blanket manner and instead each case should be studied in a detailed manner.

“We’re in the middle of a pandemic, where maintaining physical distance is mandatory, and the government is looking to close down existing schools instead of effectively utilising them. This is not right,” said Mutyala Ravinder, a member of TPTF. Pointing out that it is the fundamental duty of a government to run schools even if it is for a single student, Ravinder said that government schools should not be run with the aim of gaining profits. And so, the operating cost should not drive the closure of schools in the state.

Experts argue that closing down schools might also cause a rise in dropout rates, which will only fuel a further rise in private schools. “There is already propaganda that there is no quality education in government schools. Government schools do not recruit enough teachers and lack basic facilities, including toilets. Due to this, the student strength has decreased. Now, in the name of lack of strength, schools are being closed,” pointed out K Lakshminarayana, a professor at the Department of Economics, University of Hyderabad, terming such a move by the government, if implemented, a conspiracy. 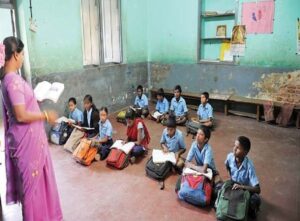 The key to tackling the crisis is to perform a detailed study to understand the high dropout rates in government schools and what should be done to improve the situation, added Lakshminarayana, who is also the organising secretary of the Telangana Save Education Committee. He reasoned that in many instances, private schools are given permission to operate in the same area as a government school.

Every school is a different case and the government should undertake a separate analysis before deciding to close them, insisted Chava Ravi, a state government school teacher and member of the United Teachers Federation. “In some locations, there might be a lack of students in the school-going age, which might be driving low student strength.

Similarly, every school has a different reason for low student strength. Even if there is the slightest possibility of students enrolling in that school, the state government should initiate steps to improve the conditions,” he said.

Ravi also recollected the Telangana government’s move to rationalise teachers in 2015. Teachers were reshuffled based on student strength. Since then, there has been a discussion about the rationalisation of schools. However, it is only now that the Education Department is seeking opinion from various stakeholders about the issue.

Meanwhile, a few education activists said that rationalisation should be done as that would increase the quality of education in government schools. “For a school to provide quality education, it’s necessary to have at least five teachers and a headmaster to teach various subjects. This happens only if there is enough student strength. With a low enrolment rate of fewer than 30 students, many schools are being run only by a single teacher who teaches everything in chaos. What kind of education does a student get like that?” asked education activist Nagati Narayana, the president of the Telangana Parents Association.

He added that schools should be integrated and run with utmost quality to improve their strength. Narayana also said that students who reside far away from school should be provided transport facility in order to decrease the dropout rates.

The Education Ministry is still in the process of discussing the integration of government schools, and no concrete decision has been taken as yet. When #KhabarLive contacted an Education Department official, they said that the process has not been initiated and declined to comment on whether the suggestions of the experts are being considered. #KhabarLive #hydnews