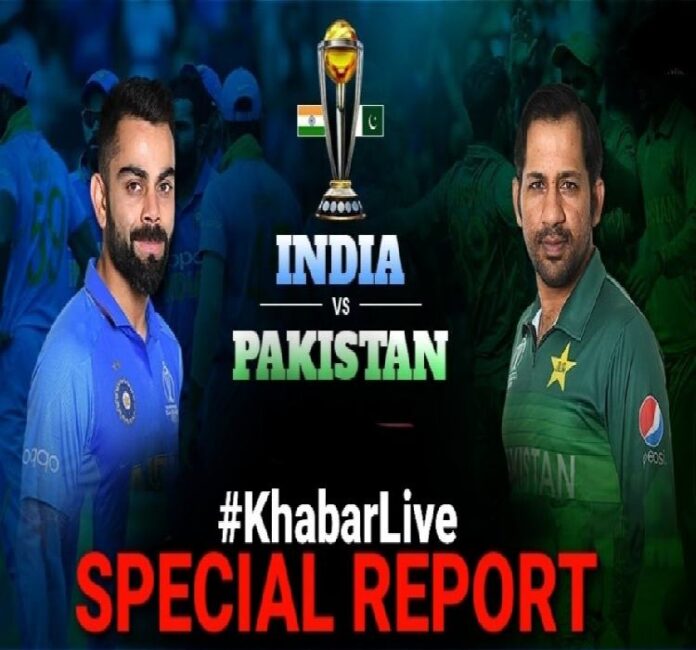 There is no point in repeating the oft quoted cliché “politics and sport should not mix’’. Whether one likes it or not the two have been interwoven. And there is no point in saying that a cricket match between India and Pakistan is just another game. Isn’t it?

In India, for any defeat the inquests will be long and loud. After a loss to Pakistan the inquests go over the top. The latest example is Sunday’s game in the T-20 World Cup. The arguments have started in real earnest in the media, reaching low heights on social media. Frankly there is no substance at all in these meaningless discussions. Had it been a close game then perhaps one can argue for this or against that, that a certain player should have been excluded or included, that this or that captaincy or fielding error proved expensive.

When a team has won by ten wickets where is the question of even initiating a debate?

It is better to admit that India were outplayed as Virat Kohli has admitted. “You don’t win by ten wickets if you don’t outplay the opposition and there is no shame in accepting a team played better than you.’’

But when it comes to India – Pakistan cricket one is sure that the media and the fans will not take a cue from the captain and accept things stoically. This has been the case for the last 70 years since the inaugural Test was played between the two countries in New Delhi in 1952. And over the years this feeling of jingoism has grown with the result that there have been several unsavoury incidents besides numerous breaks in the cricketing ties.

In the fifties and sixties Test matches between the two countries were synonymous with dull, drab draws. It appeared that the captains and the players were least interested in aiming for a decisive result. There was this fear psychosis that had overtaken both teams and it seemed alright to lose to England or Australia, West Indies or New Zealand but not to each other. No single statistic exemplifies this better than that there have been 38 draws in the 59 Tests that the two countries have played. As many as five series have been played with all Tests being drawn thanks to safety first measures – slow scoring, negative bowling and defensive field placements.

From 1961 to 1978 the teams did not play a Test but in one way it seemed worth the long wait. For by then the approach had changed for the better. The new generation of cricketers, almost all of whom had been born after partition, was not hindered by the kind of fear psychosis that had engulfed their predecessors. Over emphasis on safety first tactics was eschewed and the accent was on attack.

But while all this was welcome the tension always prevalent in India – Pakistan encounters by now had become more palpable. The two countries had gone to war in 1965 and 1971 (in addition to the one in 1948) and there was always the danger of the underlying tensions in the relations spilling over to the cricket field.

A victory in a Test match was something like a holy war or `Jihad’ for Pakistan and this was underscored by the fact that when Pakistan won the second Test at Lahore in 1978 the following day was declared a national holiday by the Government.

By this time an India – Pakistan game – whether a Test match or an ODI – had become the showpiece of the cricketing world. One reason was the emergence of a number of superstars on both sides. Then the live TV coverage of matches led to a vast audience worldwide and given the sheer numbers involved as well as the passion for the game in the sub continent, the intense rivalry and the potential trouble that could ensue as a result of the underlying tensions meant that an India – Pakistan match was now the No 1 revenue earner in the game.

Moreover with border skirmishes continuing on a fairly regular basis culminating in the Kargil conflict in 1999 an encounter between the two always had an undercurrent of tension.

Little wonder then that when India paid their long overdue visit to Pakistan in 2004 – their first since 1989 – the media coverage was disproportionate even by the standards of cricket in the sub continent. As Wisden noted: “Going by the Indian press you would have thought the world had stopped. About 500 media accreditations were issued by the Pakistan Cricket Board more than a hundred for Indian journalists. But the American magazines Sports Illustrated and GQ were also represented as was one Chinese news agency.’’ Naturally enough the media hype was startling and one leading Indian newspaper did itself little credit by running the irresponsibly vulgar banner headline ‘KARACHI CAPTURED’ after India had won the opening ODI.

Yes, such hyped up games, unreasonable expectations and strong feelings are bound to have their unhappy, even violent, side and crowd disturbances have occurred frequently in both countries. One remembers how during the first Test at Karachi in November 1989 a religious zealot scaled the fence, ran onto the field and after a brief altercation with Kapil Dev rushed across to the Indian skipper Kris Srikkanth and assaulted him muttering something about Babri Masjid. Before he was overpowered he had wrenched some buttons off Srikkanth’s shirt.

ALSO READ:  ‍How The 'Shaken Govt' To 'Shake Up Administration' In Telangana?

On the same tour the Karachi ODI was abandoned with the crowd turning violent. Police used teargas to disperse the rioters after play had been frequently disrupted by their despicable act of stoning the Indian fielders.

One also recalls how at Ahmedabad in 1987 the Pakistan outfielders were pelted with stones. Imran Khan led his team off the field and was reluctant to continue. Kapil Dev the Indian captain and Gavaskar appealed for calm over the public address system and when play resumed after about 50 minutes six of the visitors took the field wearing helmets injecting a dose of ironic humour.

Arguably the most infamous riot was at Kolkata in February 1999 during the Asian Test Championship match. Play was interrupted not once but twice first when Sachin Tendulkar was controversially run out on the fourth afternoon and again when India were sliding to defeat on the final morning.

Ultimately police ejected all the spectators and the final rites were gone through in an eerie silence before an empty stadium. Again on the eve of the same tour Shiv Sena activists dug up the pitch at the Feroz Shah Kotla grounds in New Delhi in protest against the visit of the Pakistan team while making it clear that they would not be welcome in Mumbai.

However it is now 14 years since India and Pakistan last played a Test match. The last was in 2007 when Pakistan visited India and then the following year occurred the sad events associated with “26/11’’ which meant another halt to the start and stop ties. The two countries continue to play each other in ICC tournaments but bilateral ties have been hit and one can never be sure when these will resume. #KhabarLive #hydnews