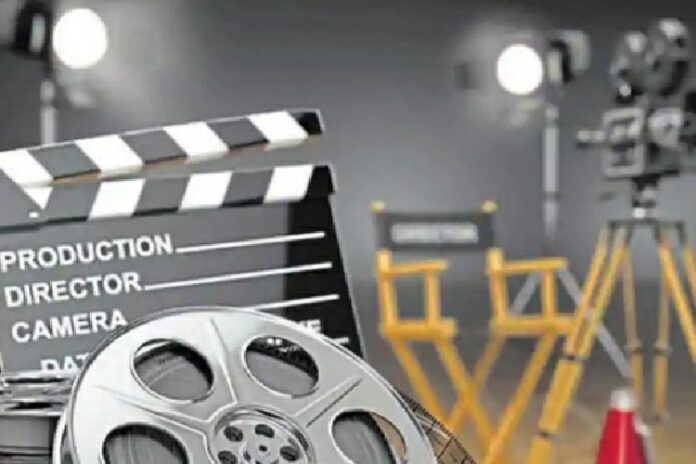 It starts with a film that launches a newcomer. The film turns out to be a hit, which in turn makes the debutant actor a star. His payback time starts immediately.

Henceforth, he carries the burden of expectations; he is supposed to give a hit in every film. A couple of more hits and the industry brands the actor a star, superstar and so on. Then, he is expected to only deliver hits.

That makes one a very insecure person; all that attention, the media, the fans and such are never happy. The media is unscrupulous. Stardom or downfall, they couldn’t care less. There will always be another star.

There are stars who were made right from their first film, and there are those who could not hold on to it, while there are also those who were lurking on the sides till they finally made it.

These observations are all about a bygone era, which is in the process of ending now. That is to say, it does not seem likely that anymore superstars will be made. At least, not the way they were made earlier — the lasting kind; the ones who had a fan following in millions and who got fan mails written in blood (Rajesh Khanna did). Stars of all variety needed assistants to reply to all the fan mail, with a picture enclosed! That era is over.

Patriarchy is a phrase much in vogue in the country and, like any other branch of business, enterprise, profession, army as well, in films, too, a star or film family scion is expected to take up the same line of work. This was not so earlier, when stars were made out of aspiring migrants from other states who came to Bombay to try their luck in films. Some of them made it in films, as actor or as producer, director etc. Most did not, but that was the way.

The actors of this era believe their wards are automatically qualified to be next-gen actors! And, why is it only sons and not daughters of the established stars, who they marry off early, never wanting them to enter films? Now, that is something only they can answer.

There was and is a breed called “strugglers” — wannabe actors (not necessarily stars) who descended on Bombay with a few pictures shot by their local studios. These later came to be known as a portfolio shot by some known photographers; the one who charged most was also the most sought-after! These aspirants went from studio to studio and one production office to another. They were stopped at the doors and asked to drop their pictures. Few were ever lucky to have their pictures looked at, let alone be called.

The filmmakers mostly followed their instincts, recommendations at times, or, later opted for acting graduates from the Film and Television Institute of India (FTII), Pune.

FTII gave quite a few actors to the industry with names like Subhash Ghai, Shatrughan Sinha, Anil Dhawan, Danny, Anupam Kher, Naseeruddin Shah, Om Puri, Danny, MIthun Chakraborty, Vijay Arora, Asrani, and Shakti Kapoor, among those who carved a place for themselves in the film industry. Some survived, some did not while some others like Anupam Kher, Asrani, Naseeruddin Shah, Om Puri, Kulbhushan Kharbanda etc found a slot as character actors.

Shatrughan and Mithun played full innings and achieved stardom, while Anil Dhawan and Vijay Arora enjoyed only a glimpse of stardom. Subhash Ghai and some others decided acting was not for them and changed branches to direction or some such.

However, in the past, and even now, some actors make an entry from nowhere. Vinod Khanna was a prime example. Khanna was Sunil Dutt’s discovery to play the villain in a film where he wanted to launch his brother, Som Dutt. The film was “Man Ka Meet”. Som Dutt could not make a mark but Vinod Khanna continued working till his death. Especially, coming into his own after playing a negative role against Dharmendra in Raj Khosla 1971 classic, “Mera Gaon Mera Desh” (Khanna’s character of Jabbar Singh in the film probably inspired the character of Gabbar Singh in “Sholay”).

Both Vinod Khanna and Shatrughan Sinha started as villains but stayed on to play the hero. Anil Dhawan, though good-looking, was, probably, restrained by his limitations when it came to histrionics. Same seemed to be the case with Vijay Arora, a Gold Medallist at FTII. Despite the best of films to his credit, he enjoyed limited success.

Earlier stars, some of who went on to become legends, came out of the blue. Of the triumvirate that ruled the film fans’ hearts — Raj Kapoor, Dev Anand, Dilip Kumar — only Raj Kapoor had some family background of acting as his father, Prithviraj Kapoor, ran a drama group. His two brothers, Shammi Kapoor and Shashi Kapoor followed, which, though not known as such in those days, was encashing on brand equity. Looks mattered and all three brothers carried great looks. There were others like Raaj Kumar, Guru Dutt, Manoj Kumar, Jeetendra, Biswajeet, Rajendra Kumar, Feroz Khan, Sanjay Khan — all prominent names who made it on their own with no film background.

As can be observed from the line-up, very few managed to make a career while most could not make a mark. Some have survived so far to graduate into playing character roles.

The outsiders in that kingsized family pack were Jackie Shroff, Mithun Chakraborty, Govinda, Akshay Kumar, Farooq Shaikh, Naseeruddin Shah, Om Puri, Anupam Kher, Suniel Shetty, Raj Babbar, John Abraham, Arjun Rampal, and Annu Kapoor. They had to prove themselves to self, not to the family.

Among the current lot of popular actors, Ranveer Singh, Sidharth Malhotra, Ayushmann Khurrana, Kartik Aryan, Kunal Kapoor, Rajkummar Rao, and Nawazuddin Siddiqui have made it on merit, as did Irrfan and Sushant Singh Rajput. A void has been created by the unfortunate demise of these two very talented actors who commanded a following of their own.

Now that the film industry has expanded into a vast entertainment industry, one may not need a pedigreed actor to draw the first-day crowd. Not that star sons ever guaranteed that. But certain star sons did arouse curiosity of moviegoers too — as was proved by the first releases of Rishi Kapoor, Sunny Deol, Tiger Shroff, Ajay Devgn and Kumar Gaurav.

These are just a few with a film background who made an impact on debut, as against scores that failed. So, one can say that a film makes a star, film family background counts for little. #KhabarLive #hydnews