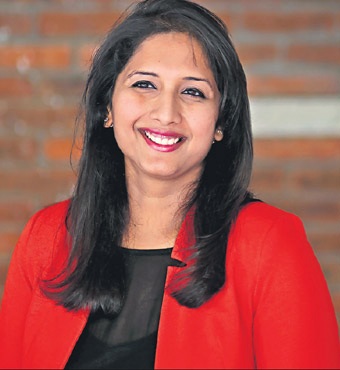 The ‘Gods of Dharmapuri’ fame Radhika Lavu, a filmmaker from Hyderabad, released her Hindi short-film ‘Super Mom’ on this Women’s Day.

Born in Hyderabad and brought up in Delhi, Radhika is one of the few students from India who has studied filmmaking from Goldsmiths College, University of London, to understand the finer details of filmmaking professionally.

Coming from a family of legal background, she says, “I was bitten by the film bug at a very young age. I used to watch and read about all films irrespective of language. My parents understood my likes and dislikes, and supported me by allowing me to experiment and explore my love for filmmaking. And what I am today is all because of them and they always told me ‘be honest and ethical in whichever field you are and work hard to achieve your dream’.” And she follows these golden words even to this day.

Radhika’s experience extends to a variety of domains; she has made 100-plus documentaries for the Government of Andhra Pradesh, besides creating advertising concepts and content for reputed brands like Golden Harvest and Big Bazaar.

Her most recent accomplishment is Gods of Dharmapuri (GOD), a Telugu web series streaming on Zee5 digital platform, which she produced. “GOD became a runaway hit and was amongst the top original content shows on the platform and has been subsequently dubbed in multiple languages. So, we will be bringing out GOD season 2 soon,” says Radhika, whose next project Unheard — a fiction story which highlights the conversation between a Gandhian and a Bhagat Singh supporter — will soon be released.

ALSO READ:  We Need Happy And Enlightened Teachers For A 'Happy Women’s Day'

Radhika has over 10 years of experience in the field of filmmaking. She started her own production house under the banner Ellanar Films. “Starting a production house gave me the freedom of making content of my choice. Before going ahead with any project, I am very conscious; I read the market and have proper planning.

For every film, I do market research and then go ahead. Filmmaking is both economics and creativity, and we strive to achieve a balance,” says Radhika, who recently started mentoring young minds through sessions on Film Appreciation Course to DPS, Hyderabad, and received a fabulous response from students.

Radhika has recently received an award as ‘India’s Most Enterprising Young Minds 2020’ from BW Business World. Radhika, herself a warrior and emerged successful in the male-dominated industry, feels she is still learning every day. And she wants to surprise herself, be motivated and challenge herself every day.

An achiever who is constantly working on her strengths and weaknesses, Radhika tells women on this Women’s Day: “A smart woman learns from failures, smiles through the challenges, waits for the right moment and strikes the goal; believe and follow your instinct. That is something I have seen and followed, and that helped me.”

Super Mom, a three-and-a-half-minute Hindi short-film on a mother’s life, will be released by Freedom Healthy Oil on a digital platform. It’s about a working mother, who, in spite of her busy schedules and frustration, is accepted by the family as the best wife, mom and daughter. #KhabarLive #hydnews