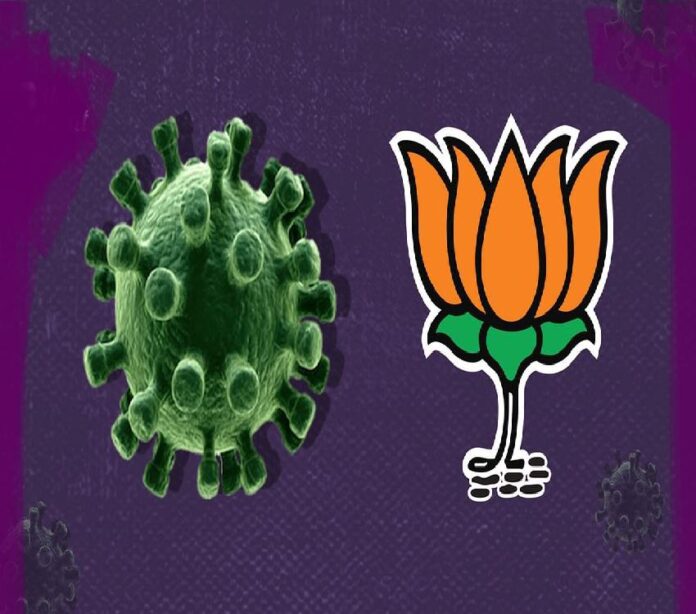 The war of words to blame the mismanagement continues and in the wake of covid crisis, the ruling party, be it at the State-level or at the Centre, tries its best to pass on the blame to someone else and wash its hands off the responsibility.

This is particularly true when the party at the helm in the State and at the Centre are different.

Blame game has happened in the past and is all too visible in the ongoing Covid-19 crisis in both the Telugu States.

Governments in both the Telugu States have cordial relations with the Centre but the local BJP continues to attack the ruling parties in Andhra Pradesh and Telangana, accusing them of failing to effectively tackle the pandemic.

AP Chief Minister YS Jaganmohan Reddy, has from the outset been saying that the two important issues in facing the second wave of Covid-19 — oxygen and vaccination — are under Central government control. Lack of oxygen is acknowledged to be one of the main reasons for the deaths of a sizable number of Covid patients and shortage of vaccine is blamed for the spread of the infection.

Jagan has been indirectly accusing the Central government of not supplying enough oxygen and vaccines to deal with Covid and also holding the Centre responsible for the situation in the state.

A senior YSR Congress Party leader commented that the people have realised that the Central government has a bigger role than the state government regarding oxygen and vaccination.

The Telangana government too started making the same points after AP did. By pointing the finger of failure at the Central government, the governments in both the Telugu states have managed to control the damage done by Covid to their image to some extent.

The response of the Central government is also helping the state governments counter the allegations being levelled by the local BJP leaders.

For example the Telangana BJP president and MP Bandi Sanjay wrote to the State Governor Tamilisai Soundararajan alleging that TRS government has totally failed in dealing with the second wave of Covid-19.

Surprisingly, on the same day the Central government praised the TRS government’s handling of the pandemic, according to a press release from the Chief Minister’s office.

A similar situation prevails in Andhra Pradesh. While local BJP leaders are doing their best to corner the State Government, the Central government is praising the Jagan administration.

Incidentally, ahead of the 2019 General Elections, the Union Ministers from the BJP had praised the TRS government sky high when they came to Hyderabad, causing much embarrassment to the local BJP leaders. Their complaints to the party high command at that time did not result in noticeable action. #KhabarLive #hydnews