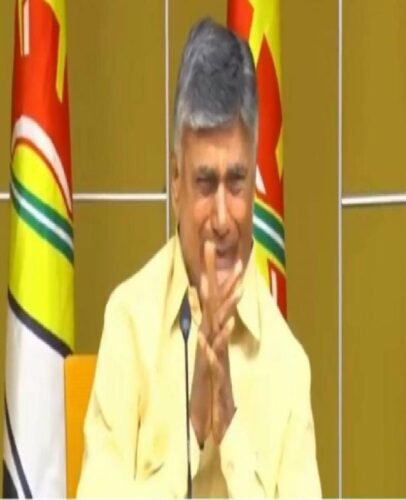 In a surprising move, Andhra Pradesh former chief minister Chandrababu Naidu broke down on camera in a press meet with a deep sorrow over the response given to him with slurs and brickbats.

Former Andhra Pradesh Chief Minister N. Chandrababu Naidu walked out of the state assembly, vowing not to return till his party is back in power. Naidu’s walkout was in reaction to alleged insults and personal insinuations made against his wife by members of the ruling YSR Congress Party (YSRCP).

The next assembly elections in the state are scheduled to be held in 2024.

Naidu later addressed a press conference, during which he broke down and wept inconsolably, claiming that YSRCP leaders had targeted his wife, dragged her into politics, and “character assassinated” her.

“Following the Kuppam (election loss) yesterday, the Chief Minister (sarcastically) said that he wants to see my face. We even tolerated that.

Despite all of this, I went to the assembly today and they dragged my wife into these dirty politics. They came to such a position that they assassinated her character,” the eight-time MLA said, adding that his wife, despite being the daughter of renowned actor-turned-politician N.T. Rama Rao, had always stayed away from politics.

Adding that he had never been so humiliated before in his political career, the 71-year-old former CM alleged that the ruling party had been constantly insulting him, which included personal attacks and verbal abuses, but that he had kept quiet till now. He also alleged that members of the ruling YSRCP had harassed his party cadres financially and emotionally in the past, but they had tolerated it.

Later in the day, Jana Sena president, Pawan Kalyan issued a statement saying it was “unfair to insult family members”. “It is so painful that honourable Opposition leader Sri Chandrababu Naidu shed tears alleging that they spoke insulting his wife causing damage to her honour and respect.” The statement added, “I herewith recall that I had condemned the comments similarly made by some leaders damaging the image of the family members of Chief Minister Sri Jagan Reddy.”

YSRCP leaders have, meanwhile, played down Naidu’s walkout and allegations. While Andhra Pradesh Finance Minister Buggana Rajendranath Reddy, who was also present in the assembly Friday, said members of both parties had made personal attacks on each other, party MLA Ambati Rambabu claimed nothing had been said about Naidu’s wife.

Videos of the assembly proceedings doing the rounds on social media show Speaker Thammineni Seetharam trying to restore order in the house. While some reference to Naidu’s wife can be deciphered from the videos, it is unclear who made the comments.

At one point Naidu is heard saying that his party members and he had tolerated the ruling party’s insults, but now his family and wife were being attacked, at which point his voice trails off and it seems his microphone audio had been switched off.

A little later in the video, he is heard again saying: “I wanted to put forth my statement, but was not given a chance. I am telling you, I will come back to this house only as the chief minister, else I do not need this politics. There is no respect on the floor of this house and I do not need such a disrespectful house.” Naidu then walks out of the House.

In a video clarification sent to the media, Finance Minister Rajendranath, who had also been present in the assembly, claimed that both sides had made personal comments against each other. According to Rajendranath, as soon as Agriculture Minister Kurasala Kannababu started discussing the agenda of the house, TDP’s Bala Veeranjaneya Swamy interrupted him and it eventually led to both sides attacking each other.

The finance minister also alleged that TDP leaders too had made personal attacks against CM Jagan Mohan Reddy.

“We have not uttered a word against Bhuvaneshwari, wife of Chandrababu Naidu. If we did then show us the proof of it. Naidu is trying to gain sympathy by using his wife’s name,” said Rambabu. “He is trying to act brilliantly. Naidu is someone who will not cry, but make others cry. Naidu is only trying to gain political mileage with this act.” #KhabarLive #hydnews 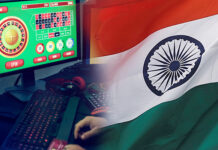