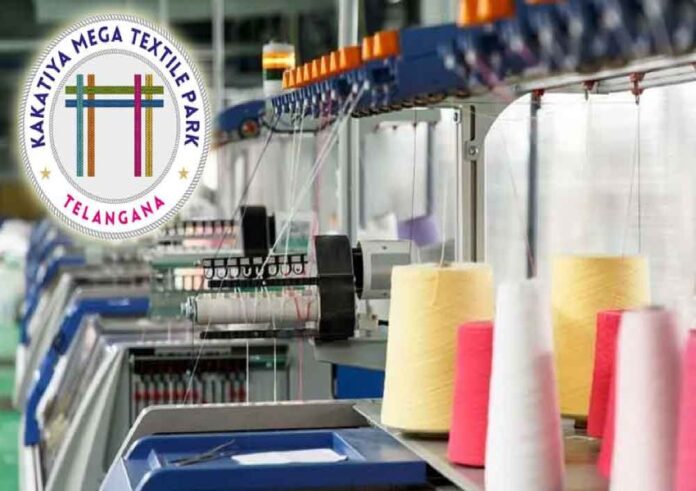 Next six months, the world would have ‘Made in Telangana’ clothes as the Youngone Corporation, which had committed for an investment of Rs 900 crore in the Kakatiya Mega Textile Park, has promised to start operations in Warangal during the second half of this financial year.

In a video conference with Municipal Administration KT Rama Rao and Panchayat Raj Minister Errabelli Dayakar Rao, South Korea’s textile giant Youngone Chairman and CEO Ki-Hak Sung reiterated their plan of making five of their factories functional in next six months and taking up another three later in Phase-II.

Ki-Hak Sung informed Minister KTR that ‘Made in Telangana’ textiles would be rolled out from Warangal’s Kakatiya Mega Textile Park across the world. Though the factories were to be ready by early 2021, the Covid-19 pandemic led to a delay in the completion of the works, said Ki-Hak Sung.

He also said that the company would run its operations from Warangal, making it their base for operations in India. He appreciated Minister Rama Rao for providing complete assistance from the day of the announcement of the company at Warangal’s Kakatiya Mega Textile Park.

During the video conference, Minister Rao stated that the Textile Major Youngone Corp operating from Warangal should be seen as a milestone in the Indian Textile Industry. He also added that more Korean companies are looking forward to investing in KMTP after Youngone Corporation.

The textile Minister assured the Youngone Corporation CEO of providing complete assistance in setting up of Youngone Corp factories in Telangana. Once up and functioning, these factories would be providing employment opportunities to about 12 thousand people in the region.

ALSO READ:  Why Brands Are Choosing 'Influencers' Over Celebrities?

Panchayat Raj and Rural Development Minister Errabelli Dayakar Rao appealed to Industries Minister KTR to provide skill development programmes for the local youth of Warangal which will make them industry-ready and secure jobs at the factories.

Rama Rao said that the officials were completely ready to provide skill development training through the district rural development corporation for the youth and women in the region for two to three months. #KhabarLive #hydnews