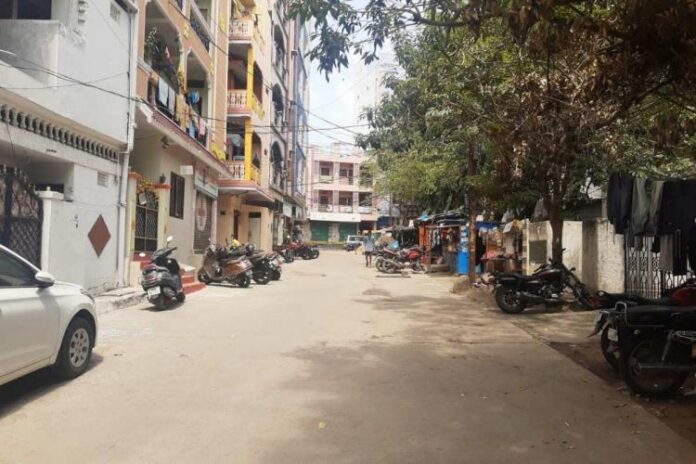 The officials say they haven’t gotten any instructions to set up these zones, despite the state’s daily bulletin listing various areas. 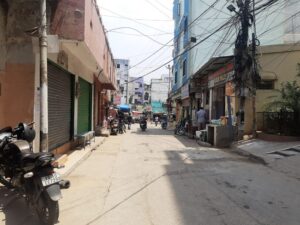 Hyderabad’s SR Nagar located Bapu Nagar colony is located just behind the residence of NV Ramana, the recently sworn in Chief Justice of India. According to the Greater Hyderabad Municipal Corporation (GHMC), it is one of the 63 localities where the civic body claims it has set up micro containment zones. However, #KhabarLive’s visit to the area showed a different reality as there was no demarcation or enforcement of any kind. Locals were also unaware that the municipal corporation had formed micro containment zones in their areas, suggesting that it was just on paper.

Four retired senior citizens with masks on their chins were gathered under the shade of a tree at the entrance to Bapu Nagar colony, “There are no containment zones here. There are a few positive cases. We ask those families to stay home and we don’t go to them,” said Amar Singh Chowhan, a retired Union government employee. “GHMC sanitation teams don’t even visit us when we call them to sanitise the area after a positive case gets detected,” he alleged.

Ajay Singh, another retired government employee complained that even when GHMC staff visited, they did not sanitise the locality in a proper manner. “They came with a machine spraying a chemical, but just sprayed it on the main road. They didn’t even go into the lanes,” he said.

The sanitation drive was part of the state government’s response to rising COVID-19 cases in the second wave. A memo was issued by the Municipal Administration and Urban Development (MAUD) to municipalities and corporations, which laid down directions to undertake garbage cleaning and sanitisation using disinfectant spray (1% Sodium Hypochlorite solution), to maintain public health. However, officials say that barring the sanitation drive, there were no instructions on setting up micro containment zones. 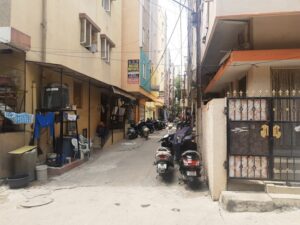 “We have no instructions to enforce micro containment zones from the Health Department or from our higher-ups,” said Dr C Uma Gowri, Assistant Medical Officer of Health for Khairatabad zone. “At present, we are only doing sanitation work,” the official added.

When #KhabarLive reached out to the Khairatabad Zonal Commissioner but the officer was unavailable for comment. The Additional Commissioner of Health with the GHMC and officials with the Health Department were unresponsive. Speaking to #KhabarLive, a GHMC official with the Solid Waste Management wing also said that there were no more containment zones as far as sanitation staff were concerned.

In his April 20 address to the nation over rising COVID-19 cases in the country, Prime Minister Narendra Modi had said, ”Lockdown will be the last resort. We have to take steps to prevent another lockdown and focus on micro containment zones.” The Director of Public Health told #KhabarLive that micro contaminants zones were being set up based on orders from the Government of India. Other states too, claim to have set up micro containment zones. #KhabarLive #hydnews