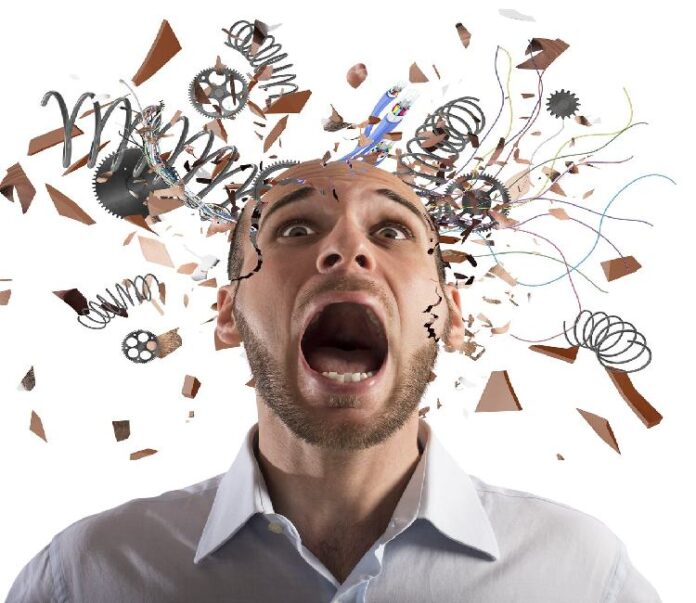 A survey highlighted that Andhra Pradesh and Telangana have a 16.19 per cent prevalence of key NCDs which is higher than the national average of 11.62 per cent.

These states particularly have a higher prevalence of non-communicable diseases (NCD) like hypertension, digestive diseases, diabetes, and neurological diseases as compared to the National Average Prevalence Rate of these diseases.

This is similar to the overall national trend where hypertension, digestive disease, and diabetes emerge as the top three NCDs followed by respiratory diseases, brain disorders, heart diseases, kidney disorders, and cancer in the order of prevalence.

The Associated Chambers of Commerce and Industry of India (ASSOCHAM), the apex trade association of the country, as part of its ‘Illness to Wellness’ campaign, on Friday unveiled Andhra Pradesh (now Andhra Pradesh and Telangana) specific findings of India’s largest primary healthcare survey report on the rising burden of non-communicable diseases in the country.
This was followed by a virtual panel discussion on “Non-Communicable Diseases: The New Health Challenges for Telangana and Andhra Pradesh”.

The survey report titled ‘Non-Communicable Diseases in India’ covered 2,33,672 people and 673 public health offices in 21 states to analyse the rising cases of NCDs in the country and the social profile of suffering households.

Delving on the risk factors associated with NCDs, the report highlighted that significantly higher stress levels in the region than the national average are leading to heart, diabetes, and digestive disorders in Andhra Pradesh and Telangana.

ALSO READ:  The Doctor And His 'One-Rupee Clinic'

It stated that 63 per cent of respondents in the region face high stress. The report further underlined that the region has higher physical activities, which is reflected in lower BMI.

However, the likely positive impact of the same on reducing the vulnerability to obesity related NCDs is significantly reduced by other factors like choice of food including salt and chillies intake and lifestyle choices.

The study also found that high workplace pollution in the region is a major contributing factor to diseases related to neurology, heart, and lung.

This is mainly due to high mining, stone quarrying, and construction activities in the region. Home air pollution was also found to be significantly contributing to hypertension and neurological disorders in the region.

The problem of workplace air pollution was recognised by 82 per cent of the respondents while 76 per cent accepted that they face home air pollution.

As per the study findings, 90 per cent of the respondents from Andhra Pradesh and Telangana consume non-vegetarian food with 68 per cent consuming red meat.
This has implications on NCDs affecting the digestive system, heart, and hypertension.

Incidentally, tobacco consumption was found to be below the national average in both the states, and thus their impact on the prevalence of NCDs relating to hypertension, heart diseases, and diabetes in the state is likely to be insignificant in line with the national findings.

The study observed that while the national prevalence rate of hypertension is 3.60 per cent , its prevalence in the state of Andhra Pradesh and Telangana is 8.54 per cent .

This is followed by digestive diseases and diabetes that have a prevalence rate of 5.65 per cent and 4.69 per cent respectively in both the states.

Digestive diseases have a national average prevalence rate of 3.05 per cent while it is 2.85 per cent for diabetes.

The prevalence rate of brain disorders and kidney diseases in each of these states stands at 2.52 per cent and 0.66 per cent respectively.

This is again higher than the national average prevalence rate of 1.3 per cent for brain diseases and 0.4 per cent for kidney diseases.

The prevalence of heart diseases, cancer, digestive diseases, and respiratory diseases were found to be lower in Andhra Pradesh and Telangana when compared to the national average prevalence rate for these diseases.
The Covid-19 pandemic has brought a sharper focus on health care.

Patterns emerging from Covid management across the country indicate that people with co-morbidities of non-communicable diseases (NCDs) have a higher mortality rate than those who do not.

This has grave implications for the country not only because of mortality and years of healthy lives lost but also because of India’s health infrastructure.

Dr. Vasanth Kumar, Senior Consultant Physician, Apollo Hospitals, Hyderabad, Current President Elect, Research Society for Study of Diabetes in India (RSSDI), said, “NCDs are a real threat to human life as it affects everyone irrespective of age, the financial status or background. Prevention and early detection are key to arresting the rising cases of NCDs. Towards this, parents, society, and government must come together for a decisive win against the disease which is gripping the world including India.”

Dr K. S. Soma Sekhar Rao, Consultant Gastroenterologist & Hepatologist, Department of Medical Gastroenterology and Hepatology, Apollo Health City, Jubilee Hills, Hyderabad added, “Health education and forums like this can certainly go a long way in improving awareness about NCDs among the masses. An unhealthy gut is the mother of all diseases, and we must take good care of our gut from a very young age for a long and healthy life.”

Rajesh Kesari, Founder and Director, Total Care Control, said, “NCDs have become a major health challenge in each country of the world including India. The amount of people suffering from NCDs in our country is simply huge and a lot of lives have already been lost to these diseases. #KhabarLive #hydnews