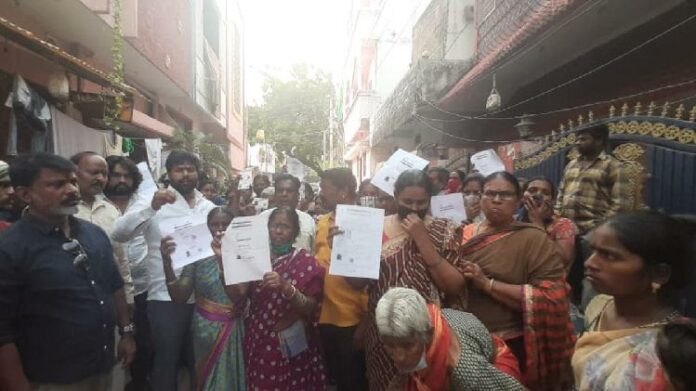 It has been over two months since heavy rains and floods ravaged the city of Hyderabad.

The Telangana Rashtra Samithi government led by chief minister K Chandrasekhar Rao sought to appease the people in the affected areas by distributing Rs 10,000 in cash towards flood relief, so as to gain mileage in the GHMC elections.

However, the state election commission stalled the process when the programme was going on following the high court’s directions. KCR then promised to resume the distribution of Rs 10,000 after December 6, when the election process would be over.

Following a severe setback to the TRS in the GHMC elections, the government backtracked on the cash distribution.

The GHMC authorities who announced that the distribution of relief was resumed from December 7 and the money was being credited to the accounts of the beneficiaries, it was discontinued after a few days.

The Congress party in Telangana wondered when the entire exercise of cash distribution would be completed.

AICC spokesperson Sravan Dasoju said even after a month of the completion of the GHMC elections, there was no activity of flood relief money being distributed.

He asked the government for a deadline to complete the flood relief funds distribution to the beneficiaries in Hyderabad.

“How long should they wait for their turn?” he questioned.

Sravan said after all, CM Relief Fund (CMRF) is public money and not private money of KCR and the TRS leaders, therefore, there must be transparency and accountability of spending such funds. #KhabarLive #hydnews