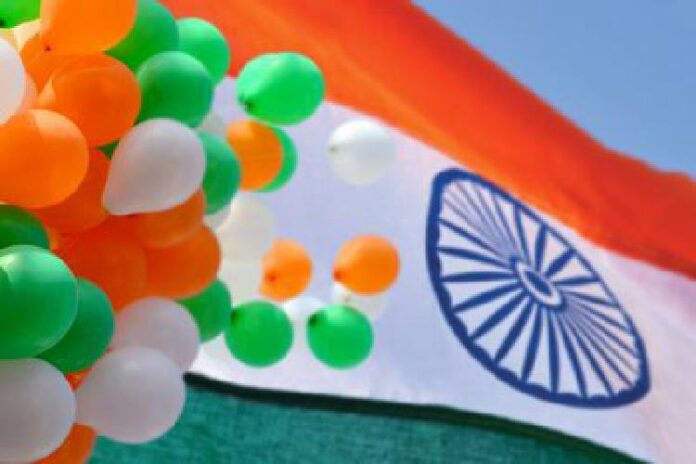 Today we are celebrating ‘Republic Day’, which is different from Independence Day. The difference may not be fully understood or appreciated. On January 26, Republic Day, we mark the day when we put in force the laws that make the people of India sovereign.

It must be noted that for some reason we mark Republic Day with a celebration of militarism. The marching in formation of armed men and their machines. We might want to ask those in parts of India which have experience of the military, such as the North East and Kashmir, what they make of this celebration or whether they consider this a proper way to mark the formation of the republic.

A republic is more than a democracy. A democracy is a system of majority rule government through elected representatives. Universal adult franchise — meaning the right to vote for these elected representatives — is only one aspect of being a republic. The other two aspects are guaranteed fundamental rights and civil liberties. These are equally important and without them you can have a democracy but not a republic.

These include the right to freedom of expression, right to peaceful assembly, right to freedom of religion, right to form associations and to practice any occupation and the right to life and liberty. You could have a nation where adults can vote and elections are carried out but none of these rights and liberties exist in a meaningful way. It would be a democracy but it would not be a republic. The rights would not really be with the people but with the State, meaning the government and those who run it.

Similarly, the right to occupation does not exist (there is a Supreme Court judgment which says the rights of the cow surpass those of a butcher), nor does the right to freedom of religion as the new laws in UP and MP and several old laws and judgments show. Freedom of expression is legally criminalised in India through laws on sedition, defamation and contempt.

Indeed, none of the rights and liberties that the Constitution saw initially as being ‘fundamental’ are present in the original form today. It is safe to conclude that India is a democracy but is it a republic? The reality is that today the rights are not with the citizen, they rest in the main with the State.

This has happened with the passage of time. The Constitution initially gave Indians all the rights referred to above in more or less unrestricted form, as they exist in other republics like the United States. It was amendments that came later which began to cut away the freedoms to the extent that it can now be honestly said that they do not exist at all. The State appropriated the sovereignty from the people.

This happened, as many will know, through footnotes to the Constitution, added as amendments to Part 3, which is the part on Fundamental Rights. The right to freedom of speech was now qualified. And the footnote reads that nothing shall prevent the State from making any law imposing reasonable restrictions on free speech which affect the sovereignty and integrity of India, the security of the State, friendly relations with foreign States, public order, decency or morality, or in relation to contempt of court, defamation or incitement to an offence.

Who will determine whether these restrictions are reasonable? The State. The people, who through the Constituent Assembly had granted themselves the right to freedom of expression, were now made subordinate to their government. The restrictions came not because of popular demand but because the government felt that it could not allow people too much freedom.

Similarly footnotes and their interpretations took away the real meaning of other rights, including the one to life and liberty. The State in India can jail individuals without a crime having been committed. This is called preventive detention and it upends Articles 21 and 22 through a footnote. What is the difference between a government that wants this power over citizens and the British Raj?

The question is what can be done about this. The solution is obviously to get the State to undo the damage it has done over the years. Article 13 says that the “State shall not make any law which takes away or abridges the rights conferred by this Part and any law made in contravention of this clause shall, to the extent of the contravention, be void.” Clearly the State has committed overreach against its citizens.

Our pledge on this Republic Day must be to use those parts of the Constitution that are still on our side and take back our rights and liberties lawfully from the State, which has usurped them. That would be truly worth a celebration. #KhabarLive #hydnews