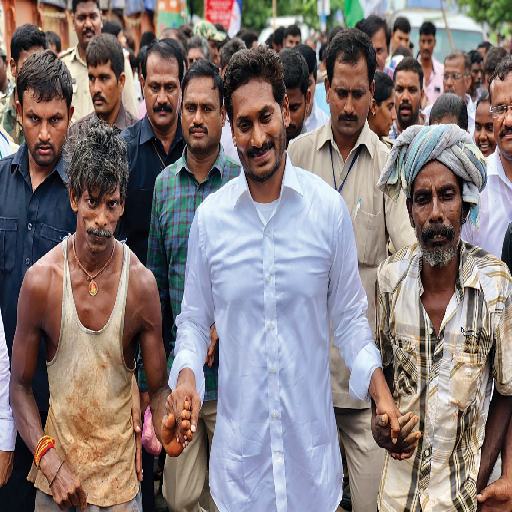 The political barometer, always based on several strategies and tricks, in which the social engineering tops. The polished politicians use age-old concept of caste politics into this strategy to gain more stronghold or any threat.

For any shrewd politician, foresight is essential to work on politically significant caste combinations. Likewise, a community that forms a sizeable chunk of the vote bank will definitely be the cynosure of all eyes at the time of elections. In this context, it becomes essential to woo the Kapu community in Telugu states.

In Andhra Pradesh in particular, the community has extraordinary capacity to influence poll outcomes. Therefore, the ruling YSR Congress Party in AP has been moving forward cautiously to influence the Kapu community.

One does not need a psephologist to drive home the fact that the party that manages to win the hearts of Kapus would have the last laugh at the hustings! For, the community has strong presence in the central Andhra region, consisting of Guntur, Krishna, West Godavari  and East Godavari districts.

It has considerable base in the Rayalaseema region, though it is known there by another name- Balija.

He has been on the job and is following the formula of social engineering in allotting nominated posts and chairperson posts of urban and rural local bodies.  Jagan has to consolidate his party’s position with regard to the Kapu community to retain power in the 2024 elections.
Until recently, there were apprehensions among some of the political pundits that there could be simultaneous polls for the Lok Sabha and the legislative assemblies of all states in 2022. Now, it appears that the idea of ‘one nation, one poll’ has been ruled out.

Hence, every political party has to redraw its plans and have a relook at its calculations.

Keep aside things like allotting tickets, nominated posts and other unofficial opportunities to members of the Kapu community for a while, every party in AP has to first instill confidence in that community.

It is a known fact that the ruling party has kept itself away from committing on the issue of reservation for the Kapu community in the fields of education and employment by latching on to the view that any such quota can’t be implemented at the present juncture.

Wounds following the tussle between the Kapu community and Dalits due to the tonsuring of a Dalit person almost quarter century ago are still fresh in people’s minds. Newly nominated MLC Thota Trimurthulu (YSRC) was involved in that case, which is still pending in the court. Meanwhile, Trimurthulu got MLC post under the Governor’s quota in the AP Legislative Council.

It is natural for the general public to see only clean persons as members in the Council. But Trimurthulu, facing criminal charges in the tonsuring case, is in the Council, courtesy Chief Minister YS Jaganmohan Reddy. So, political parties and people’s organisations have advised Governor Biswabhushan Harichandan not to endorse the proposals sent to him by the state government.

But Jaganmohan Reddy has taken it as a serious matter and proposals concerning the nomination of four MLCs were accepted by the Governor immediately after meetings with Jagan.

While some sections are saying that the ruling party will have to face the repercussions in this regard in the days to come, there is a feeling among the cadre that it is a strong effort in expressing the party’s solidarity with the Kapu community.

The ruling party might be under the scrutiny of Dalits following its attitude that shows a tilt towards Trimurthulu.

There might be no immediate reaction from the Dalit community, though there would be considerable impact in the days to come.

There was a clear polarisation in favour of caste following which the Kapu community turned against Murthy in that particular election. Some Congress leaders warned Murthy not to take up the tonsuring issue fearing that Kapus might turn against the Congress. Their apprehensions came true, resulting in the defeat of the Congress then. Now also the principal opposition may face the same issue.  If they stand behind Dalits in the case, the Congress’ experience might be repeated like in the case of the Telugu Desam Party in days to come.
Actually TDP had faced criticism in this case as Trimurthulu had been its legislator 25 years ago.

He was in jail for some period in that tonsuring case, which had found its echoes in the Assembly in 1997.

Then TDP government headed by N.Chandrababu Naidu faced embarrassing moments when jail authorities allowed Trimurthulu to address his supporters who had come in large numbers to visit their leader. Subsequently Naidu got ‘anti-Dalit’ tag for some time.

Trimurthulu switched his loyalties to YSRC and then TDP heaved a sigh of relief.  Jagan is believed to have given relief for Naidu from the pain of bearing such tag by selecting Trimurthulu for the Council under the Governor’s quota. But it might bring political dividends in the form of support from the Kapu community.

The possible impact of Janasena party, headed by film star Pawan Kalyan, on the Kapu community might have driven the ruling party in this direction.

Whatever be the political compulsions, the Kapu community will show its impact in the elections. Therefore, political parties are unabashedly running after the community, bothering least about the sentiments of Dalits. Let us see what would happen in the future on the political arena of Andhra Pradesh. #KhabarLive #hydnews