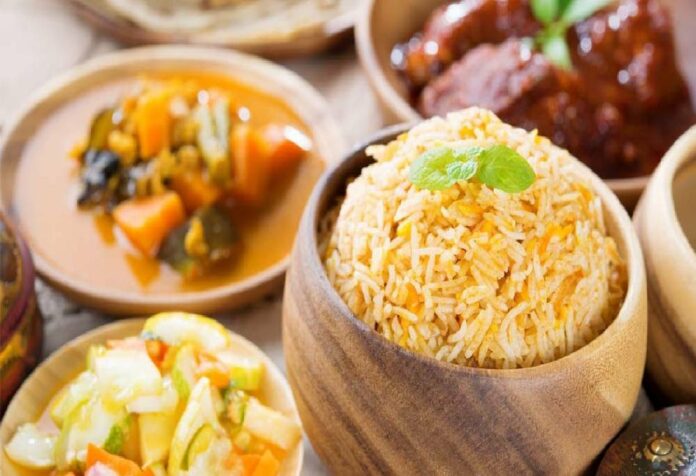 Hyderabad being a melting pot of old and new, the cuisine easily blends in tastes of cultures on any foodie.

Hyderabad is a city steeped in history, yet it is one that has embraced modernity with ease. For any Hyderabadi, cuisine is an integral part of his life. The rich Hyderabadi cuisine has a cultural lineage that dates back to many centuries. This cuisine has a blend of influences – heavy Mughal, traditional Andhra and Telangana cuisine along with a mixture of gentle Nawaabs.

Jagdish Rao, Restaurant Manager, The Bawarchi, says “The history of Hyderabadi cuisine goes back to Nawab and Mughal periods. So you can say it is mixture of two different types of cuisine. The Hyderabadi cuisine has its own customer base which nobody can threaten and as it has a standard way of cooking.”

A reliable source from Hyderabad House Restaurant, which has outlets at Hyderabad and 23 other locations in India, said, “The major ingredients used in the preparation of Hyderabadi foods or commonly called the pakwaan are onions and yoghurt, and a wide assortment of spices. Some of the renowned Hyderabadi dishes are:

Hyderabadi cuisine’s delicious taste has made a prominent mark internationally as well as it is a gastronomical treat that people cannot easily forget. #KhabarLive #hydnews