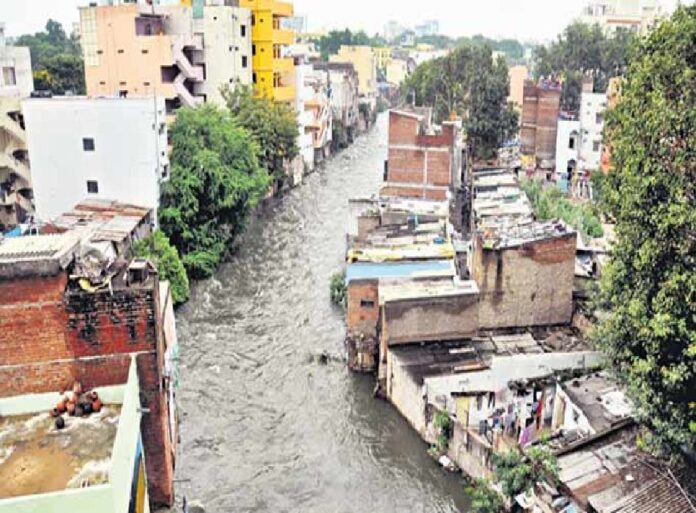 The  improvement and widening of stormwater drains (nalas) in the Hyderabad Urban Agglomeration (HUA), including the development of surplus weirs in water bodies, will be a herculean task for the Greater Hyderabad Municipal Corporation (GHMC) this year. 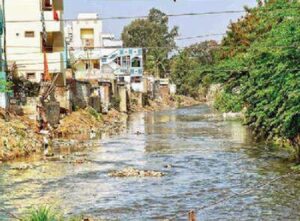 The civic body, after the recent flash floods, carried out a study with the Strategic Nala Development Plan (SNDP) and identified several encroachments have come up along the nalas, feeder nalas and trunk mains in the city and its outskirts. Clearing these will be a tough task for the GHMC as they have to face stiff resistance from the encroachers, who hail from poor and weaker sections. Only after clearing these obstacles can the nala widening project move forward.

Under the short term plan for 2021-22, the State government on Tuesday sanctioned as much as Rs 858 crore for 55 works covering 25 packages as measures for improving stormwater drains systems in the HUA under the SNDP. However, public resistance is not the only issue the GHMC will have to face.

Earlier, the civic body had a bitter experience in taking up the nala widening works as private contractors did not show any interest due to unhygienic working conditions and illegal encroachments. 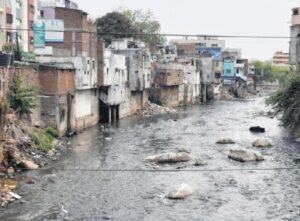 The project has also faced setbacks due to the Town Planning Wing’s delay in land acquisition and stiff opposition from the encroachers. Officials have been inviting tenders, but due to land acquisition issues, very few agencies have turned up and that too in areas where no land or minimal acquisition was required. Some works which were sanctioned many years ago are yet to be executed because of lack of response.

According to sources, the State government has identified a few hundred encroachments but it will take several months to clear them as acquiring properties is not that easy.

Also, with the government giving administrative sanction for the 55 works, the GHMC will have to invite tenders for the works, and  finalising the tenders will also take some time. By the time tenders are finalised, there is a possibility of the monsoon arriving. Besides, the civic body has to clear the encroachments, otherwise the exercise would turn futile, sources said. 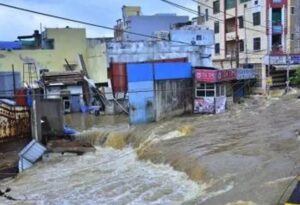 Thr planned Rs 858 cr sanctioned to revamp drains which includes remodelling of drains, and construction of surplus weirs, has received administrative clearance for Rs 858 crore from the State government. 55 works covering 25 packages
will be included in the project. #KhabarLive #hydnews