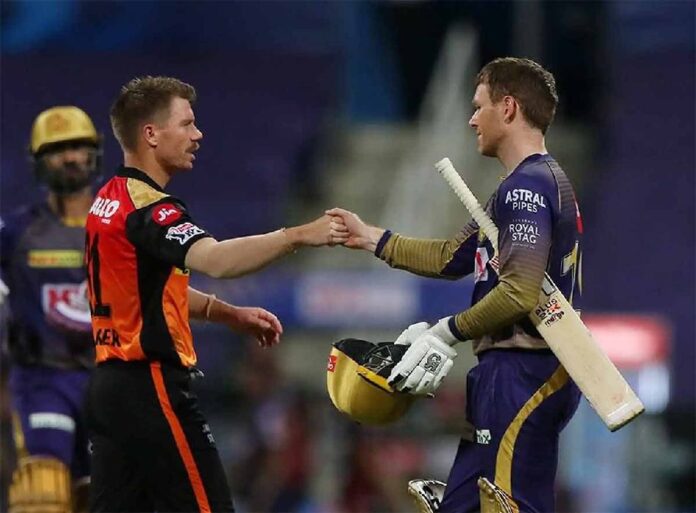 A strong zeal and enthusiasm to clinch the trophy this year, Sunrisers Hyderabad enters today against Kolkata Knight Riders in Chennai.

Always flying under the radar has been Sunrisers Hyderabad’s habit but they’ve sort of patented it to consistently make the playoffs of the Indian Premier League (IPL). They were the last team to qualify for the playoffs last season and finished third after their 17-run defeat to Delhi Capitals in Qualifier 2.

This year too, they quietly checked in to a Chennai hotel and most of their foreign recruits joined them on April 2, which gave them just enough time to finish quarantine. Barring the occasional noise from skipper David Warner on social media, all is quiet on the SRH front.

The SRH skipper had sought tips to spend time in quarantine. But he would not be bereft of ideas when he matches wits against Eoin Morgan of Kolkata Knight Riders when the two teams kick off their campaign on Sunday.

The MA Chidambaram Stadium in Chennai has already produced a thriller on the opening night. The last-ball win also showed up some rust in the field by both the teams and that is a factor all teams would want to quickly dust off if they intend to build momentum early on in the tournament.

Barring the two Jasons — Holder and Roy — Sunrisers have a full squad to choose from and that can be a pleasant headache. Last season they had benched Jonny Bairstow and Wriddhiman Saha made an instant impact with Warner upfront before getting injured. But with all three available now, it remains to be seen how Sunrisers sort out their top order, where Kane Williamson should be a certainty.

The domestic charge would be led by Manish Pandey with Priyam Garg, Abhishek Sharma, Abdul Samad and it would be interesting to see how they fit in Kedar Jadhav, their latest acquisition. The Sunrisers’ other two acquisitions at the auction – Mujeeb Ur Rahman and J Suchith – add to a very strong bowling line-up led by Bhuvneshwar Kumar.

The return of their spearhead, who missed most of last season due to injury, will be a big boost for Sunrisers. With Rashid Khan another certainty and T Natarajan having come on impressively in the last few months, SRH may rotate all-rounders Holder and Mohammed Nabi, who played only one game last season, as the tournament progresses.