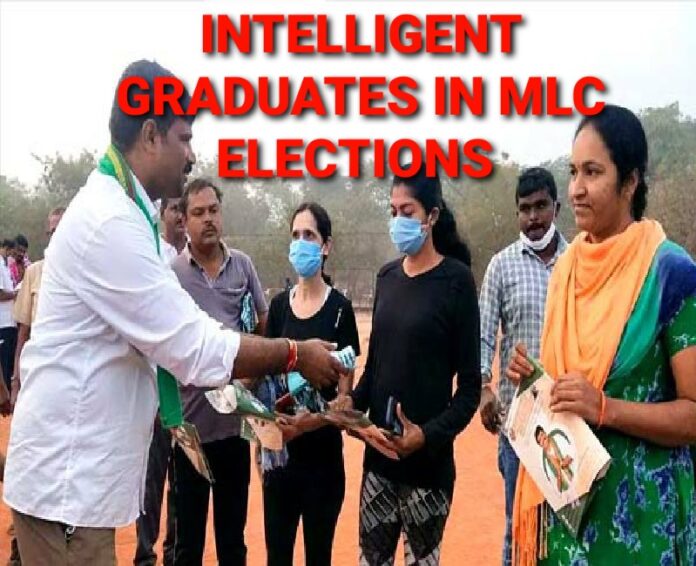 The intelligent Graduate voters of Telangana are being the most discreet in this election as never before. The major political parties have thought deeply about the selection of candidates.

At the same time, voters are trying to sharpen their brains and exercise their right to vote. Mostly young people will play a key role in the graduate MLC elections, and that can upset many theories dished out by the political analysts. Most of these youth are IT employees.

In all, 10 lakh across Telangana will exercise their right to vote. Considering the actual conditions at the field level, the voter turnout looks completely different. Apart from the party-wise franchise, elections are being held based on caste, youth, employment, and student unions. All of these associations hold meetings internally and make decisions.

The role of youth groups seems to be the most crucial in the graduate MLC elections. The leaders of all employees’ unions are spinning the wheel thinking that this is the right opportunity. In the case of the PRC declaration, the leaders of the government employees and teachers’ unions, who disagreed with the government, are trying to assert their influence. Moreover, in the process of Graduate MLC elections taking place in six erstwhile districts, the majority of voters are making decisions based on caste. Graduates are reportedly supporting candidates internally, regardless of their party affiliation.

The nerve of the voters, therefore, does not seem to be in line with the expectations of political analysts. Meanwhile, the main contenders, the BJP and the TRS are following a strange trend. Leaders and activists of the two parties are conducting a house-to-house campaign in the run-up to the elections. They are campaigning surprisingly by handing out the candidates’ brochures to the people, irrespective of whether they have a vote or not, in the houses they are going to.

The size of the ballot paper will be huge under these circumstances. Independent candidates, along with candidates of prominent political parties, are mostly in the fray this time. That is why the number of candidates in the ring has increased unexpectedly.

This time the graduate MLC election battle has become as juicy as never before. All political parties consider this election as prestigious. The campaign is very well organised by both the BJP and the TRS.

On the other hand, with the highest number of independent candidates, neither party can make accurate predictions. It is not possible to say which party will be harmed by the split in the electorate. #KhabarLive #hydnews