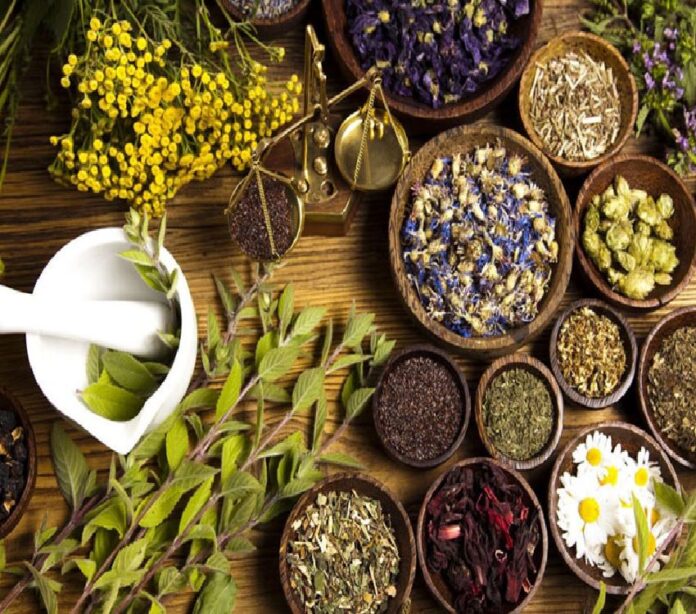 The debate continues whether scientific evidence is more important than people’s faith or opinion. After thousands of people gathered and used the desi medicine for instant Covid cure in a town in Andhra recently, larger issues of faith versus science have come to the fore in this wonder drug therapy. 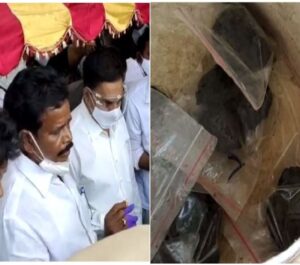 On the morning of May 21, tens of thousands of people gathered in Krishnapatnam town of Andhra Pradesh’s Nellore district, to receive a ‘cure’ for COVID-19 from a man named Bonigi Anandaiah who makes herbal remedies. Patients with falling oxygen levels were waiting to be administered eye drops with honey and tailed pepper. Unscientific claims that these concoctions can treat COVID-19 have spread widely through the internet and word of mouth, resulting in a daily superspreader event in Andhra over the past few days. The state government has been reluctant to put an end to the phenomenon. Instead of creating awareness among people who have been misled by the claims, the local MLA has even encouraged distribution in spite of objections from district authorities, in order to appease the restless crowd of people who had lined up.

Some of them had travelled from different parts of the state, and even neighbouring states including Tamil Nadu, Karnataka and Telangana. They had heard stories or seen videos claiming to be first-hand accounts of people who were on oxygen support and on the verge of dying, and had recovered instantly after being administered eye drops formulated by Anandaiah. The incident has brought to the fore, the issue of faith versus science, as people who are desperate to saved their loved ones during a pandemic, are turning to untested and unscientific ‘treatments’.

Anandaiah’s ‘treatment’ involved five different herbal concoctions which he had been distributing for free at an open ground in Muthukur mandal since April 21. Over a month, his claims had grown extremely popular. Many of the visitors have been bringing critical COVID-19 patients to Anandaiah, in the hopes that he can revive them with his yet untested remedies. With the massive crowds violating COVID-19 protocols gaining attention, the state Lokayukta sought a report into the matter, and district authorities halted the distribution until Anandaiah’s preparations were tested in a lab.

With distribution halted for three days, thousands of people, some of them very ill, continued to wait near Krishnapatnam impatiently. The local YSRCP MLA from Sarvepalli, Kakani Govardhan Reddy, decided to help resume the distribution on May 21 despite not having permission from district authorities, expressing concern over the long restless queues of people in an anxious, vulnerable state. With this, the daily crowds of four to five thousand people blew up into tens of thousands, and distribution had to be halted within hours as they ran out of the preparations and it became impossible to enforce COVID-19 protocols on the large, chaotic gathering. With the incident gaining wider attention, authorities are now conducting an investigation to establish the scientificity and effectiveness of the preparations, and have asked people not to gather in Krishnapatnam until further announcements. 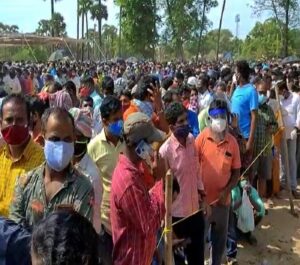 Rationalists in the state have insisted that allowing the Krishnapatnam treatment would promote belief in unscientific treatments. In a letter to Chief Minister YS Jagan Mohan Reddy, Andhra Pradesh Rationalists’ Association (APRA) president N Venkata Subbaiah asked to not permit the treatment until it is proven to be effective. Encouraging iffy claims like these could further encourage harmful quacks too, said Dr Sanjeev Singh Yadav, IMA (Indian Medical Association) Telangana’s Vice President. “If this is allowed without scientific evidence of being effective, tomorrow somebody else may come up with something new, and in the worst case, people might end up losing their lives or become disabled,” he noted.

The eye drops which were being administered to patients with dropping blood oxygen levels are made of honey, tailed pepper and the pulp of a certain kind of brinjal, according to information shared by Anandaiah with district authorities. The other orally consumed preparations include ingredients like neem, turmeric, cumin, camphor, pepper, honey and various herbs. Anandaiah belongs to a family that is known to practice herbal medicine, according to MLA Govardhan Reddy. The MLA himself has said that Anandaiah’s treatment had become a matter of faith among people, and therefore had to be explored in parallel to other kinds of treatment. In an interview, he said, “We don’t know whether this treatment is having a psychological or physiological effect, but people have developed faith that it works. People have witnessed a patient’s oxygen saturation levels go up after taking the eye drops. Although they seem unbelievable, these stories have become extremely popular.”

While the AYUSH practitioners in the state have appeared more receptive to the treatment, even taking Anandaiah to the district hospital to try it on critical patients, medical doctors have firmly protested, as it is untested and has not been made according to GMP (good manufacturing practice).

With the immense anxiety surrounding COVID-19, even in absence of scientific evidence, it has been possible to build firm belief in such solutions through word of mouth or through WhatsApp, said Dr Anant Bhan, bioethics and global health policy researcher. But for any intervention, the same standards must be applied, he said.

“But most treatments are unlikely to help. Even when someone seems to benefit, it might be just the normal progression of disease. We won’t know if it does harm either, unless evidence is generated by experts in a systematic way,” he said. Citing the example of convalescent plasma therapy which was widely used before it was recently dropped from the Union government’s COVID-19 management guidelines, he said that the more our responses to the pandemic are driven by evidence-based approaches, the lesser chance there is of situations like Krishnapatnam arising.

The government seems to be of the opinion that in the absence of any visible harmful effects, considering the exceptional, uncertain circumstances of the pandemic, people should be allowed to try what they believe in, even if it has a placebo effect, said Jana Vignana Vedika (JVV) National General Secretary TV Rao. “Unlike the fish medicine, this is being given at a time of heightened anxiety and a life and death situation. At a time when hospitals are crowded and resources are scarce, people are grasping at straws,” he said.

Authorities have repeatedly stressed that the medicine doesn’t seem to have any immediate negative effects and that all anecdotal feedback has been positive (although thousands of untraced people have also taken the preparations over the past month.) “People are worried there might be side effects in the long run. Once it’s established that there are no side effects, distribution will be continued,” the MLA said. Principal Secretary (Health) Anil Kumar Singhal also said on Friday that no harmful details have emerged in the investigations so far, while also noting that scientific proof is necessary regardless of people’s faith.

However, this argument that no immediate harm is being done, does not stand. In an interview with #KhabarLive, earlier this month, rationalist Narendra Nayak had narrated the story of a chikungunya endemic in Karnataka around 10 years ago. He said that they observed that those who took homeopathic medicines ended up contracting the disease while those couldn’t get their hands on the “sugar pills” were safe. This was because those who didn’t get the pills took precautions to avoid getting bitten by mosquitos while those who took the pills believed that they were immune. “This is an example of how these things can be dangerous,” Narendra Nayak had said.

An immediate concern, in this case, has been the large crowds. Four of the five remedies handed out by Anandaiah are for those who have tested positive for the coronavirus, and this means a good number of the people at the distribution site are likely to be infected. “We already have this concern at vaccination centres. People might be exposed to infections and yet believe they are protected because they took the medicine. They may not follow protocols that are already known to work scientifically, like mask usage. The belief, without evidence, could be cause for further spread of the disease,” Anant Bhan said.

Multiple teams from the state government, Ayush Ministry and ICMR (Indian Council of Medical Research) are now investigating the preparations before it is further distributed. Andhra Pradesh Ayush Commissioner Col V Ramulu said, “If it is found to be scientific, we believe the state government will help ensure it reaches more people.” Meanwhile, Nellore SP Bhaskar Bhushan has denied rumours of Anandaiah’s arrest and said that he has been provided additional security in view of the emerging situation. #KhabarLive #hydnews