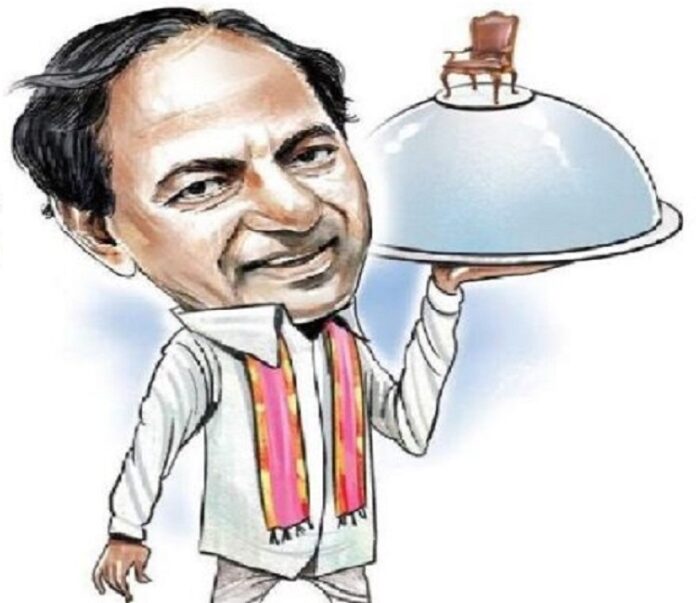 Will TRS supremo K Chandrasekhar Rao announce his decision to plunge into national politics on September 2? This is the topic which is being discussed in political circles. KCR will be visiting Delhi to lay the foundation stone for the new building of Telangana Bhavan in the national capital.

The entire Telangana cabinet, MPs, MLAs, MLCs and senior TRS leaders have been invited to attend the foundation stone laying function in Delhi. Sources said that the new party building would reflect the Telangana culture and traditions and the elevation will be similar to the Telangana Bhavan in Hyderabad.

Official sources said that the chief minister is planning to stay in New Delhi for two to three days and would try to meet Prime Minister Narendra Modi and some Union Ministers. The CM is keen to meet Union Jal Shakti Minister Gajendra Singh Shekhawat and explain the challenges faced in the utilisation of Krishna water after the Union government issued a gazette which accorded full powers to the Krishna and Godavari River Management Boards (KRMB and GRMB) in the management of the river waters.

Other issues which he may take up with other ministers relate to sanction of national highway projects and release of funds, approval of new airports, release of funds for the centrally-sponsored projects like AIIMS and railways.

The CM has asked the officials to prepare detailed reports to be submitted to the Union ministers. Efforts are on to get an appointment for one-on-one meeting with the PM, Union Home Minister Amit Shah and Union Finance Minister Nirmala Sitharaman.

The possibility of informal meetings with some political party leaders is also not ruled out. #KhabarLive #hydnews