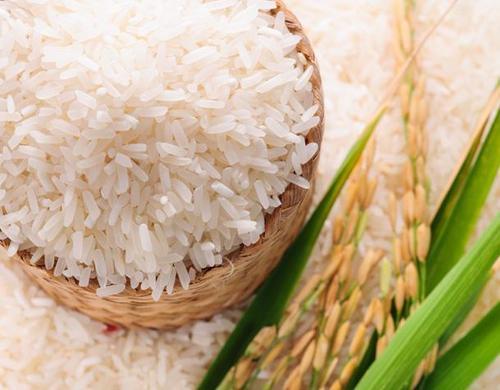 Telangana’s sona rice should be your next pantry order. But before that, let’s fall in love with rice once again.

Indians have a love-hate relationship with rice. We love hating it, but can’t ever get enough of it. The classic Indian meal is designed in such a way that unless you have at least a small heap of rice (doused in homemade ghee), you feel like you haven’t finished it right. The guilt around rice is especially true while dealing with that handi of biryani, or that bowl of cold kheer that makes you reach for that one extra spoonful again, and again. Truth be told, rice just feels nice. 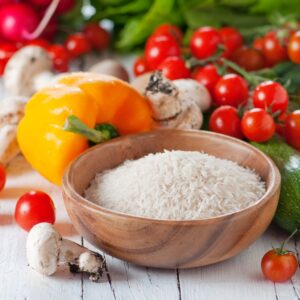 In our country, the grain isn’t just a pantry staple. Think of the bride and groom being blessed with showers of rice, or the image of the bride kicking off her entrance into her new home by knocking over a kalash full of it—rice is such an intrinsic part of our culture, it’s mentioned in the most ancient of Indian scriptures. It plays a big role in every religious ceremony across communities of India, is offered into sacrificial fires, and is also a baby’s first solid food for some.

It makes sense since India is the second-largest producer of rice in the world. We grow so much of it, it meets about 22 percent of the whole world’s needs, and according to the National Rice Research Institute at the Indian Council of Agricultural Research, India is home to about 1,200 varieties of it. This is not counting the many varieties grown by Indian farmers and indigenous tribes for personal consumption that never make it to the market.

ALSO READ:  Chewing Paan Is Healthy For You, It Helps Cut Diabetes, Cancer And Depression Risks

Though the grain is loaded with antioxidants, vitamins, minerals, zinc, folic acid, potassium and protein among other nutrients, for some reason, it has a lot of bad press around it. According to dietitian Garima Goyal, “There is nothing fattening about rice. In fact, rice is low in fat content and free of cholesterol. It consists of complex carbohydrates that can keep one fuller for long hours and controls hunger pangs between meals.”

Goyal goes on to say that rice is in fact easier to digest than many grains, since it has certain enzymes that boost digestive juices. And with a low amount of sodium, fat and cholesterol, rice aids obesity reduction. Then what is the issue with rice? “It’s the connection with blood sugar,” says Goyal.

She explains what happens when we eat white rice. The digestive system breaks down the carbohydrates into sugar, which then enters the bloodstream. As blood sugar levels spike, the pancreas starts producing insulin, which prompts cells to absorb blood sugar for energy storage. When cells absorb blood sugar, insulin levels drop, and the pancreas starts making glucagon. The interplay of insulin and glucagon ensures a steady supply of blood sugar in the body and results in insulin resistance. “Over time, the excessive consumption of white rice causes insulin-making cells to wear out, and insulin production eventually ceases,” she says. 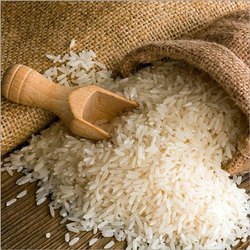 Of late, one variety that has come under the spotlight is Telangana’s sona rice, also known as chittimallelu locally. Now this variety isn’t as mainstream as the basmati or kolam that are on top of any Indian cook’s mind, but is mainly known for its health properties. Thanks to a paper submitted by American Journal of Food and Nutrition, sona rice was found to have a low glycemic index compared to white rice, which makes this variety fit for not only weight watchers, but also diabetics. Moreover, it said upon regular consumption (for a period of three months) it even helped the diabetic subjects.

Sona rice is essentially a local rice variety that grows in the south of India. If you try to buy it via online giants like Amazon, it is listed as “sugar-free” rice. Rice researchers have placed it above a healthy international variety of rice called japonica that is extensively cultivated and consumed in China, Japan and Korea and is known for its anti-oxidant and dietary fibre-loaded properties.

Since sona rice has only recently come to fore, it’s uses are not that obvious yet. But Goyal confirms that it can be used to make pulaos, biryanis, rice-based desserts like firni and kheer and even eaten plain with ghee and gravies. “Like with any rice, this will stay nutritious as long as the portion size is moderated. Like any other food item or cereal, it is good to be conscientious of your rice consumption,” she says.

The biggest advantage of rice is that it can be a go-to even with those who have food intolerances, “Those with gluten-intolerance can rely on rice as a staple since it’s the purest form of nutrition. Is free of allergens and safe for your food insensitivity that may be applicable to wheat.”

Apart from sona rice, local Indian brown rice that is grown across the country is also a health boon since it improves gut health and aids metabolism. Red rice is rich in manganese and reduces hunger pangs, while Assamese black rice is a storehouse of folate, zinc, phosphorus, Vitamin B2, and B6 and a natural detoxifier, while Northeast Indian bamboo rice has tremendous anti-inflammatory benefits.

“The key [to reap its benefits] will continue to be moderation,” she concludes about rice. #KhabarLive #hydnews