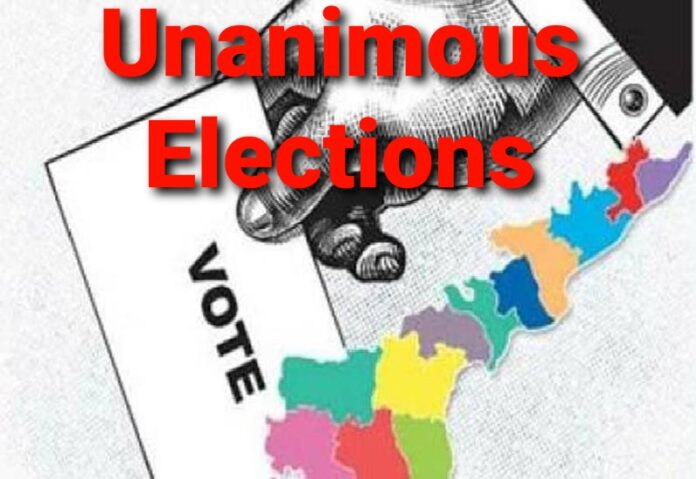 With an unprecedented number of results in the recently-concluded gram panchayat elections in Andhra Pradesh being ‘unanimous’, the question that pops into one’s mind is what purpose such outcomes serve, in the context of democracy itself.

The fact also begets the question whether ‘unanimous’ elections result in development?

Ideally, if a candidate is elected unopposed due to lack of political opponents, it should mean that the candidate is so popular that he or she has the backing of every stakeholder. It could also mean that there is no opponent willing to match his or her money power or muscle power.

In either case, instances of unanimous elections, if genuine, would be few and far between, and certainly not to the extent witnessed in AP in the recently-concluded polls.

If one factors in the complaints of ‘forced withdrawal’ of nomination papers, as allegedly resorted to by the ruling YSR Congress Party as part of its show of strength, the murmurs of dismay and discontent should be taken seriously in the interest of democracy, or else the outcome may have a long-lasting impact on electoral politics in the future.

It is important that the Government takes note of what message such unanimous elections send to the general public, particularly to the rest of the country. It also has to consider whether such results really boost the image of the ruling party?

Candidates backed by the TDP from across the State complained of being forced to withdraw their nominations, so much so that even Leader of the Opposition N Chandrababu Naidu spoke about it publicly.

It may be mentioned here of the 89 gram panchayats in Kuppam Assembly constituency represented by Naidu, 74 were won by candidates backed by YSRCP.

For the first time in three decades, Naidu had to taste defeat in his home turf; the development threatening the very existence of his influence. It forced Naidu to spend three days in the segment, a far cry from earlier when he did not even visit the constituency to file his own nomination papers.

It was clear that the YSRCP treated Kuppam as a matter of prestige and went all out to humiliate Naidu, thereby weakening him ahead of the next Assembly elections.

Any unanimous election must be acceptable to all stakeholders, but here, TDP backed candidates alleged fraud, claiming that they were ‘duped’ by election authorities who declared their withdrawal, without their consent. Some also alleged that their signatures were forged on withdrawal forms!

ALSO READ:  Looking For A Job Amid Pandemic In Hyderabad?

Extremely serious allegations indeed that must be probed thoroughly by authorities concerned.

In fact, the number of “unanimous” results have continued in the ensuing ULB polls, with some surprising outcomes — all the 31 municipal wards of Punganur town in Chittoor district have been declared unanimously elected. What is also significant is that this happened in the home district of Naidu.

The Punganur results beget the questions — why were candidates of the principal opposition party, the TDP, not in the fray? What was the reason for them to withdraw their nominations? Was there any instance of forced withdrawal? How can an arch rival of a political party withdraw his or her nomination without consulting his own party leaders? Do the unanimous elections of Punganur reflect true democratic spirit?

If indeed Peddireddi’s influence pervades all of Punganur to this extent, then one can safely assume that he will be elected to the Assembly in 2024 unopposed since no one would contest against him.

The fact is that AP is not unfamiliar with leaders forcing their rivals to stay away from electoral fray.

Tadipatri municipality of faction-ridden Anantapur district witnessed such situations a quarter of a century ago.

The JC brothers had to swallow this political humiliation at the hands of a highly influential political rival in the mid-1990s.

Coming back to the point, ultimately, unanimous elections to local bodies may turn out to be disastrous for future political activities.

As people resort to unlawful activities to make easy money, ‘political professionals’ too may follow suit to get the desired results, brushing aside the cries of anguish and objections of their rivals.

Also, unanimous elections would demoralise the electorate, and ultimately threaten the very concept of democracy that this country has held dear since Independence.

Unanimous elections, if genuinely amicable, are welcome in some cases, but if forced, must be opposed tooth and nail. #KhabarLive #hydnews