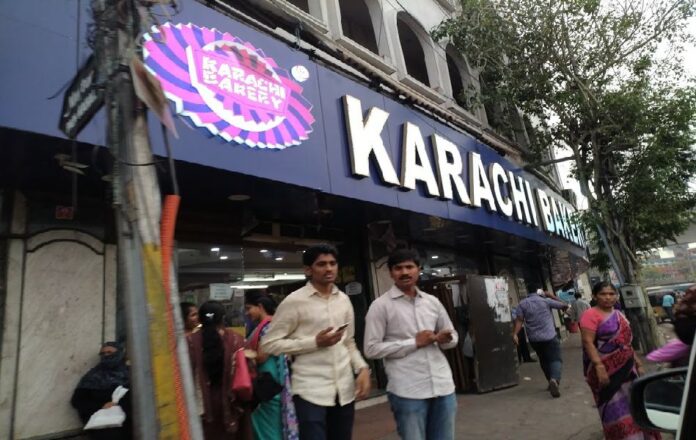 The Hyderabad-based owners of Karachi Bakery say they shut their Mumbai store, dogged by controversy over its name, as lease expired and are now looking for another location in the city. 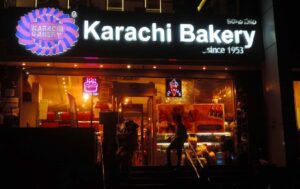 Karachi Bakery, an indigenous brand from Hyderabad, was founded in 1953 by a Sindhi migrant Khanchand Ramnani, who migrated in 1947.

Over the past six decades, the brand has seen phenomenal growth operating over 20 stores across the country, covering four cities including Delhi, Chennai and Bengaluru, apart from Hyderabad.

The Karachi Bakery is no stranger to controversy.

According to Lekhraj Ramnani, another of Khanchand’s grandsons, a similar incident took place in the bakery’s Hyderabad’s nodal store in 2019 when a few alleged BJP workers wanted the name to be changed to ‘Indian Karachi Bakery.’

To pacify them, the management put an Indian Flag before the name of the store.

Days after the deadly Pulwama attack in 2019, in which more than 40 CRPF personnel were killed by a suicide bomber from the Pakistan-based militant group, Jaish-e-Mohammed, the Bengaluru Karachi Bakery store was attacked by a group of men who also demanded that the name ‘Karachi’ be hidden. 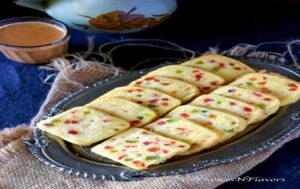 “This is not yesterday’s bakery, our grandfather gave us this name and our fourth generation is running this,” 62-year old Lekhraj said. “People need to understand the emotional ties we need to have with this.”

Although the unwarranted controversies have been upsetting, the support from the customers is what’s giving them confidence to go ahead and not be scared, says the family.

“Not just the family, even our customers are equally emotionally attached to Karachi Bakery,” Rajesh said, “We’ve received so much support from people across the world, who’ve been our customers, over these issues. We are confident that we have nothing to be scared of. We and Karachi Bakery are as Indian as everyone else is.”

For all its expansion, the Karachi Bakery is synonymous with its Hyderabad store, which still is a major landmark in the city.

The family owns over 10 outlets in Hyderabad but the flagship store is at the 85-year-old Mozamjahi Market in Hyderabad.

Over the years, it has turned out to be one of the must visit spots for tourists and non-locals.

“Although there are other stores in the city- all of them are managed by store managers. Only the main Mozamjahi Market store is personally managed by family members who are present there all the time,” said Lekhraj.

So iconic is the brand that it is a part of the city’s identity. For Hyderabad, it has always been the Charminar, Irani Chai, biryani and Karachi Bakery fruit biscuit.

The ‘fruit biscuit’ is the bakery’s signature dish, which is a souvenir that people from other cities usually ask ‘Hyderabadi’ cousins, friends to get for them.

Asked about the secret ingredient that’s helped Karachi’s fruit biscuit to maintain its identity despite the rise of few other popular confectioners and them attempting to do something similar, Rajesh said “it’s a family recipe”.

“We mix all the ingredients by ourselves even today. Family members do the mixing required to make the fruit biscuit batter – not anyone from outside,” he said. 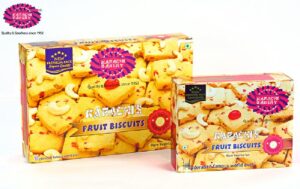 The bakery’s Osmania biscuits and ‘Dilkush’, bread with fruit stuffing, are also one of their popular items.

On the other hand, the iconic Karachi Bakery store, embroiled in a controversy with Raj Thackeray’s Maharashtra Navnirman Sena (MNS) over its ‘Pakistani name’, shut shop in Mumbai, the Hyderabad-based owners have told #KhabarLive that they will never think of changing the brand’s name.

Rajesh Ramnani, one of the owners, also denied the claims of MNS workers that their ‘massive protests’ over the ‘Karachi’ name led to the brand shutting its store in Mumbai.

Ramnani cited lease expiry and higher costs as reasons for the decision, adding that they are on the search for a new location and do not plan to leave the financial capital.

“The controversy saddened us but we have to carry our legacy forward. I used to go to the store after school ever since I was nine years old. We have emotional ties with the brand; will never think of changing the name no matter what,” he said. “Also, our lease agreement expired in Mumbai, which is why we shut the store. We are searching for new places and will come back once that is found. The brand is not leaving Mumbai.” #KhabarLive #hydnews