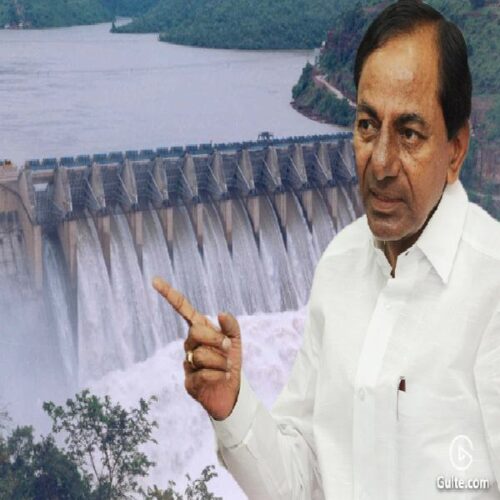 The water row which is becoming a prestige issue to Telangana chief minister KCR, planned to take it further legally and politically with centre. He vow to take it as a winning issue and might be used as political armour in coming elections.

With the Union Ministry of Jal Shakti’s gazette notification handing over control of all major and medium irrigation projects in Andhra Pradesh and Telangana to the Krishna River Management Board and the Godavari River Management Board, the water dispute between the two Telugu states has taken a new turn having far-reaching consequences.

The TRS government headed by CM KCR has decided to fight the gazette notification legally and politically.

KCR is angry particularly because the Union government has decided to take control of all irrigation and power projects via the Krishna and Godavari river management boards.

KCR has decided to go to New Delhi, if necessary, to meet Prime Minister Narendra Modi to discuss the ramifications of the gazette notification.

KCR held the TRS Parliamentary party meeting at Pragathi Bhavan and discussed the issue threadbare.  The meeting reportedly decided to fight the issue in the upcoming Parliament session and, if necessary, stall House proceedings.

In a parallel direction, KCR is discussing with legal and irrigation experts ways to proceed with a legal battle.

Telangana Power Minister G Jagadish Reddy, sore at the move of the Union Ministry of Jal Shakti, asked: “When the projects were constructed with the funds of the combined Andhra Pradesh, how can the Centre take a decision to hand over the projects to Krishna and Godavari management boards?  Without discussing and taking the opinion of the Telangana State government, how can the Centre take a unilateral decision?”

The Power Minister said that KCR would fight out the issue.

However, a dispute arose when the AP government objected to Telangana drawing water from the Srisailam project for generation of hydel power to run lift irrigation schemes, mainly to lift Kaleswaram Godavari waters, and Telangana objected to the Rayalaseema LI project taken up by AP without any allocation of waters as it would impact its Palamuru Ranga Reddy LI scheme to take water to the erstwhile Mahbubnagar district and south Telangana districts.

The Telangana government trusted the Centre would keep its word and set up a tribunal if it withdrew its case from the Supreme Court and pave way for the resolution of the water allocation issues between the two Telugu states.

In this context, the gazette notification by the Union Jal Shakti Ministry, defining the jurisdiction of the KRMB and the GRMB and bringing all the projects under their control in both the States, has negatively impacted Telangana state.

Although the demand for takeover of all the irrigation projects in both the States by the KRMB came from AP, none thought it would be translated into action. Now both the States stand to lose a lot as, instead of mutually resolving the water disputes, they would now have to knock on the door of River Boards, which would have officials from other States. Both the States would have to incur additional expenditure as they have to pay for the ‘services’ of the two River Boards.

Analysts say it would not only result in bureaucratic delays in resolving water issues and construction of projects, but result in tremendous hardships to people in both the States. Telangana would not be able to progress on its Palamur LI project at a fast pace until it gets all the approvals. The other projects that would be affected are Dindi LIS, Kalwakurthy LIS, and SLBC projects. The hydel power generation, which is cheapest, would also be affected with the projects now under the control of the River Boards and could make running the Kaleswaram LI scheme highly expensive.

Andhra Pradesh too would not be able to progress with the Rayalaseema LI scheme.

Meanwhile, experts see the decision of the Centre to eventually bring all irrigation and hydel projects under its control, as an attempt to nationalize water-related functions of the State governments.

It would amount to interfering with the States’ privileges and rights to decide on utilization of their share of the river waters as per the needs of people and farmers in their respective regions.

According to the experts, if this experiment of the Centre succeeds, the same formula could be applied to Karnataka and Tamil Nadu and other inter-State water disputes.

Adjudication will not be easy when the two States take totally diametrically different stands and the third party could always manipulate the situation for their own political or other purposes, they warn. #KhabarLive #hydnews