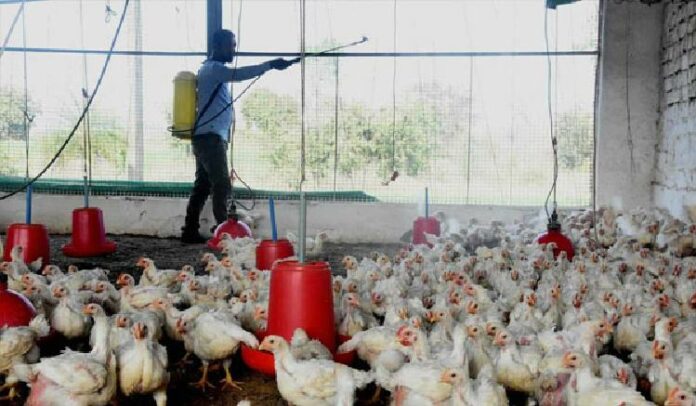 The Telugu States people are quite worried about sudden outbreak news of killer birds flu during the pandemic of Civil and its new variant.

Following reports that “hundreds of birds were found dead” in Tenali in AndhraPradesh, fear of the outbreak of avian influenza has gripped the Telugu States; even as six other states are under high alert, including Kerala and Haryana, where the Centre has deployed multi-disciplinary teams in the affected areas.

However, the state governments of Telangana and AP stated that there were “no traces of bird flu” in their respective states so far and that the officials of forests and animal husbandry departments were “closely monitoring the situation”.

Joint teams, comprising officials from the Animal Husbandry Department and the Forest Department, have been constituted to monitor the situation and to take preventive measures to contain bird flu in the Telugu States.

Since the winter season attracts a large number of migrant birds from the northern region of the Himalayas to southern states, it was decided to track the movement of migratory birds. These birds nest and breed in water bodies.  Since these birds travel over long distances crossing several states, it is essential to keep track of these birds at the nesting and breeding sites.

The Forest Department too sprung into action to prevent the spread of bird flu in Telangana, after concerns were expressed that the bird flu virus might enter Telugu States from Kerala and Madhya Pradesh.

“We have formed 1,300 rapid response teams which are monitoring the situation across the state on an hourly basis. We have also gathered 276 samples of birds from various poultry farms across the state and sent them for testing. No traces of bird flu were found in Telangana till date,” Talasani said. He said that the entire animal husbandry department officials, from top level to bottom level, were kept on high alert across the state.

“We have even alerted poultry farms across the state. All preventive measures are taken at the poultry farms to check the outbreak of bird flu. Telangana stands at third place in the country in terms of poultry industry size. Lakhs of people are dependent on this industry for their livelihood. Any outbreak of flu will hit the industry as well as livelihood of lakhs of people. For this reason, we are taking all the precautionary measures well in advance,” Talasani said.

Principal chief conservator of forests R Shobha convened a meeting with department officials in all districts to take stock of bird flu situation in the state.

The Curator, Nehru Zoo Park and the officers in charge of Kakatiya Zoo, Warangal, Manjeera Bird Sanctuary, Sangareddy, Pakhal Wildlife Sanctuary including Pakhal lake, Siwaram WL Sanctuary, Kinnerasani WL Sanctuary including Kinnerasani lake, have been instructed to constitute Rapid Response Teams for conducting at patrolling in areas where migratory birds congregate.  Similar directions have been given to all the circle heads and division heads.

The field officers have been instructed to collect the carcasses of birds detected during this period, pack them safely, and send them to veterinary science laboratories for analysing and identifying cause of death.

The Forest Department has requested the general public also to be alert during this period and if any dead bird is noticed, information is to be passed on to the Wildlife Crime Control cell at Aranya Bhavan, Hyderabad (toll free no. 18004255364), which functions round the clock.
The District Officers have been requested to coordinate with the Animal Husbandry as well as the District Administration in taking required preventive measures and vigil to detect death of birds. #KhabarLive #hydnews