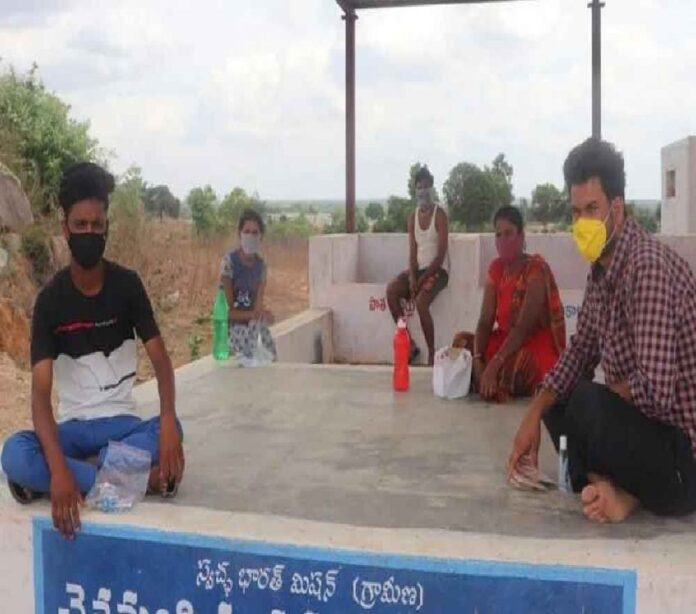 To the amazement of all, burial ground has been upgraded into a Covid-19 isolation centre in a remote village in Telangana. The Kishtampalli village Panchayat in Mahbubnagar district opened an isolation facility in the cemetery, where corona patients are being provided shelter, food and medicine.

The health condition of the patients who were lodged in a two-room building in the graveyard is also being monitored closely by local paramedical staff. If any health emergency, the medical staff from the nearby Nawabpet mandal headquarters would rush to extend treatment.

The idea to develop the isolation centre in the cemetery came from locals when four members in the village were tested corona positive during the conduct of door to door health survey.

Panicked by the rise in number of corona cases in the village with 350 population, the Panchayat adopted a resolution for the establishment of the quarantine facility in the burial ground located on the outskirts of Kishtampalli village.

The locals approved the Panchayat decision unanimously, Village Sarpanch B Srinivas said. The entire cemetery premises was cleaned and disinfected before the opening of the isolation centre which provides accommodation for 7 people at one go.

Currently, four patients were staying in the centre, Srinivas said, adding that the village was deprived of adequate space and required infrastructure to create isolation centre.

As there was no time to create the facility, people chose the cemetery as the best venue for isolation of patients amidst a surge in the Covid cases in the neighbouring habitations.

Patients with mild symptoms would stay in the isolation centre for four days and undergo tests.

They will be discharged only after the test results confirmed negative. The government has the responsibility of setting up of isolation centres in the villages where positive cases are reported in the second wave of corona pandemic.

The villagers worried over positive cases might increase if the isolation centres are not opened in the small habitations as most of the families live in small houses with one or two rooms only. #KhabarLive #hydnews