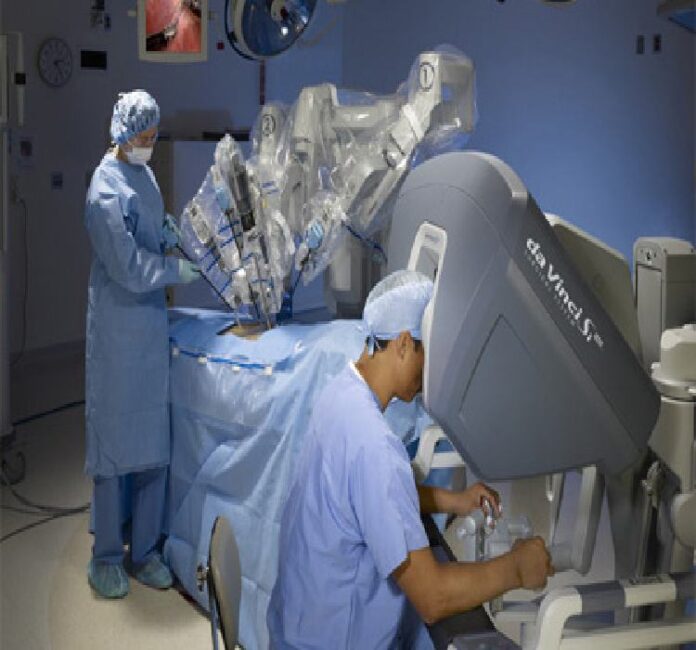 In Hyderabad, the present day advanced medical robotics is termed as a success machine. The performance, accuracy and quality is very high compared to a normal doctor manual surgery.

Have you ever wondered if robots are a versatile invention that humans made? No doubt they are one of the best creations made. Today, robots can be seen assisting not only in restaurants but also in the medical field. They especially come in handy for the ‘reconstruction’ procedure.

So what exactly is reconstruction? It is a process through which a tube is connected to the kidney and the bladder during surgery. This can be done to either one or both kidneys.

The process is a significantly complex one that needs a lot of evaluation and identification of the problem before beginning the reconstructive surgery. Most of the time, these problems pick up in the foetus when the child is inside the womb.

Dr. Reddy performed a Robotic Ureter Reconstructive Surgery on an 18-month-old baby boy recently, who was diagnosed in the utero with left hydronephrosis, a condition where swelling occurs on a kidney due to a build-up of urine when it cannot drain out from the kidney or bladder due to a blockage. It is one of the most common urological problems seen in the age group.

The baby was allowed to feed orally just 4 hours after the surgery and was discharged in 48 hours.The doctor explains, “It was a very critical surgery as the organs in children are very small, 1/4th to that of adults. An important point to be noted for RAS is minimal or no scarring, as scars from urological procedures can affect the child physically and mentally, given they have their whole life ahead of them”.
The first general precaution to be taken after the child is born, is to check him or her appropriately.

Second, if the child is older, and develops symptoms like regular stomach ache, has a high fever, urinary infection, PUJ obstruction, ureteric obstruction at the bladder level, where children tend to leak urine without their knowledge and always wets their underpants, parents must be prompt in seeking medical opinion. Then the child’s kidneys and bladder are checked, to see if it’s a result of chronic constipation or kidney tumors.

All these things need to be looked at, before going ahead with the surgery. These kinds of problems need to be corrected to function and stabilise the kidney properly, once the child tends to grow. Robotic surgery would be of great help here.
When asked about the experience working with robotic assistance, Dr. Reddy says, “I have been part of pediatric urology for the past 20+ years now. Earlier, it was open surgery, then came laparoscopic, and now we have further refinements of robotics surgery.

This robotic-assisted surgery comes from a da Vinci XI robot that actually has an instrument inside, which makes surgery much easier than laparoscopic. With the help of a robot, the results of the surgery are much accurate and successful. Now the instruments have become smaller, because of which we can operate on much smaller children with ease. The surgical outcome of the children from these robots are much superior to laparoscopic”.

The question now arises if it’s time we all shift to robotic surgeries. Well, robotic surgery is used in the last part of the treatment. The doc says, “The first and the main thing would be to take an ultrasound which is reasonable and quite effective. The cost of the robotic procedure may be higher, but the success rate is much higher than normal surgery: with a robot, you can have one surgery instead of two possible surgeries. The recovery of the child is much faster in robotics in comparison to any kind of open surgery.”

After shifting to robotics, it was noticed that the children have much lesser pain and they recover in a day or two, which is faster than laparoscopic. “The reasons are unknown, but the kind of precision we get when we do the surgery with a 3D magnification gives much more precision to the surgery so that the children improve much faster than through any other surgical modality. So it is worthwhile that everyone makes use of robotic surgery, especially for children.” However, the doctor says, until and unless a need for such a surgery arises, care must be taken to avoid surgery if it is not necessary.

On a concluding note, he says, “There were no actual challenges faced when compared to laparoscopic surgery, because this makes the surgery easier, the outcomes are better, and the child recovers faster. There will be 2-3% side effects, which are inevitable — whether it is open, laparoscopic or robotic — because it is an inherent problem, apart from the surgical issue.”

He believes that with the advanced technologies available today in India, children suffering from such issues can get the latest medical treatments, and there is a need to sensitise parents about the early detection and timely treatment of such diseases. #KhabarLive #hydnews