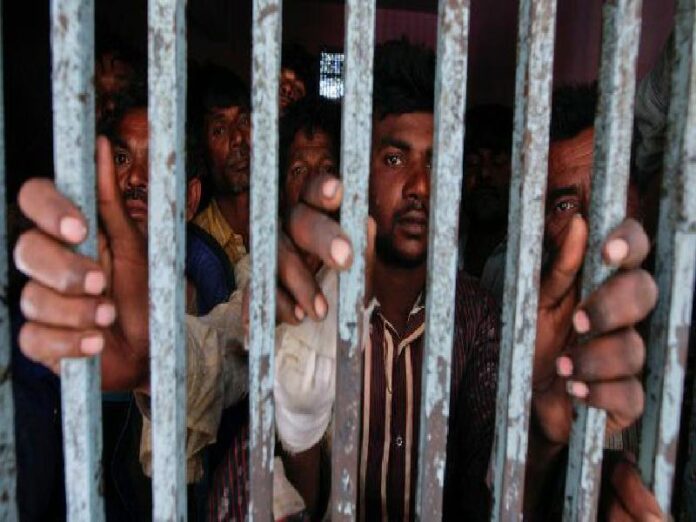 The suicide by a convicted prisoner at the Nashik Central Jail last October occurred in rather unusual circumstances, with the suicide note being found in the abdomen of the deceased. Unsurprisingly it sparked off questions about what really happened and why.

According to newspaper reports, there were tensions between the inmate and a member of the jail staff who had harassed him, with the inmate moved to solitary confinement a while before his death. The case is still being investigated and may result in charges against those responsible for his death. But it is doubtful whether this will lead to attempts to address the systemic deficits that led to the incident in the first place.

This is the fourth recorded suicide in Maharashtra’s prisons since the lockdown declared last March 23. The factors responsible for these suicides may have been exacerbated by the suspension of court hearings and interviews (mulakat) with family members or lawyers. They show that the state of mental health in Indian prisons needs to be analysed.

Published by the National Crime Records Bureau, the Prison Statistics India (PSI) reports from 2015 to 2019 record a steady increase in the number of suicides from 77 to 116, or 51%. And suicides are only one manifestation of the distress those in prisons face.

Often society has already marginalised those who are incarcerated. According to the PSI 2019, over 85% of prisoners are from SC, ST, OBC or Muslim families. Over 41% are either illiterate or have only finished basic schooling. Most prisoners are wealth-poor, and may be homeless, disconnected from their families and communities, and have suffered physical and sexual violence and abuse.

They often work in the informalised sector, without access to official documents of citizenship, banking facilities, or welfare schemes. Our experience of working with prisoners shows that they have often been through challenging journeys before being imprisoned. A glimpse into these histories indicates the non-provision of social and economic safety nets that could have prevented their entry into prosecuted crime.

At the first level, the experience of committing an offence itself requires attention. Offences that were unintended, committed under dilemma or duress, impulsively, or as a reaction to violence — or when the experience retrospectively turns out to be traumatic — there is a high chance of emotional disturbance that can lead to issues of mental health.

Criminal justice proceedings can be particularly distressing for people who are entering this system for the first time, which is most often the case. Feeling falsely accused, humiliated by the experience of police arrest, court productions, and difficult interrogations are some of the encounters that leave inmates feeling bitter. This may not be immediately visible, as many prisoners learn to cope with adversity and may seem resilient on the surface, but with time their sense of alienation may intensify with the hardships of imprisonment.

One has to cope with confinement, deprivation, separation from family, loss of agency, and a looming sense of helplessness and hopelessness when incarcerated. Those under trial are in a persistent state of anxiety and uncertainty, while convicted prisoners either resign to their fate, feel overcome with guilt and shame, rationalise their past, or develop strong sentiments against the system and society. Women prisoners in particular are doubly marginalised, as their needs are compromised in prisons essentially built for men.

Recognised crime usually has post-offence carryovers too; it is more than a standalone event. Even after their release prisoners face great difficulties in finding stable shelter (especially in the case of women), employment, and relationships. The police may make repeated visits to their homes, or summon them to the station for enquiries, or re-arrest them under preventive sections of the law.

The people and infrastructure required to provide care and support for mental health in prisons is sadly lacking. The PSI 2019 recorded a total of 60,787 prison staff as against a sanctioned strength of 87,599 – a deficit of over 30%. There is also significant underprovision of mental health professionals like psychiatrists, counsellors, and social workers. In most prisons peer support groups and mental health programmes are also conspicuously absent. So prisoners often seek succour in religion or from each other, a situation that can become exploitative when no other alternatives are available.

ALSO READ:  Hyderabad Becomes The Vaccine Capital Of The World

The absence of resources has a cyclical effect on mental health. The staff end up working overlong hours, with irregular weekly leave, and suffer high levels of stress. Some vent their frustration on prisoners by perpetrating physical abuse or misusing their power over the inmates. In such a context prisoners’ mental health problems are noticed only when they develop obvious symptoms – and even then they are branded as ‘malingering’ or attention seeking, and their pleas for intervention are often ignored.

This has its roots in the way we perceive them. Imprisonment is still regarded as retribution, and we have yet to recognise the links between prosecuted crime, marginalisation, disequality, social injustice and mental health.

When an incident of suicide or custodial torture takes place, taking action against a few officers is not enough. We need to address the root causes – for a start by filling up staff vacancies on an urgent basis, and by appointing counsellors and social workers to focus on mental health and rehabilitation. There is also scope to collaborate with civil society organisations and academic institutes for field support and research.

We need to view people in prison as full citizens, equally entitled to a life of dignity and health. The state has obligations to its prisoners it must fulfil. #KhabarLive #hydnews