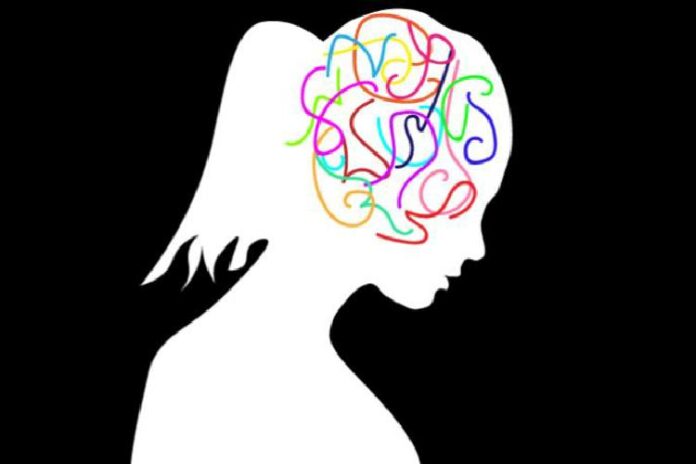 From time to time, we hear of crimes that are precipitated by mental illness. If the crime is unusual or grave, there may be some amount of media coverage because of its alleged connection with mental illness.

While mental illness is visible in crimes committed by both men and women, the trajectories of women are conspicuous for how gendered notions work at various levels which marginalises, excludes, and even obliterates their chances of being reintegrated into society. Given our socio-cultural context, a woman has little control over her life choices as in most households she is an unwelcome girl child to her parents, and only of use in domestic chores and child-rearing to her in-laws.

In such a scenario, mental illness is seen as an added burden. Prolonged nature of mental illness, the possibility of recurrence, and the inability to perform assigned social roles can lead her to being pushed out of social spaces. In addition to that, the allegation of committing a crime and possibly ending up in prison can worsen the situation.

In our experience, women with mental illness who reach the prison settings invariably have weak social support systems. Young women with mental illness who come to prison are often already driven out of their homes and may be found to be wandering about or living on the streets. Living on the street brings dangers of sexual abuse which could result in pregnancy, destroying possibilities for returning home.

ALSO READ:  Hyderabad May Extend Lockdown Till End Of May As A Measure For #Corona Spread Control

To illustrate with an example, a young woman of 22 we worked with, came to prison accused of theft. She was pregnant and repeatedly described an experience that sounded like rape. She had tried to snatch a chain from a woman and told the court that she had taken it because she liked it.

A medical examination diagnosed her with borderline intellectual disability and psychoses. She was unable to give her home address and could not be reconnected with her family. Such circumstances expose women with mental illness to a plethora of vulnerabilities brought upon by their gender identity and disability.

The crimes of women with mental illness are often associated with gender-based abuse, unsupportive marital relationships, giving birth to girl children, and being forced out of marital homes, to fend for self and children. A women prisoner we worked with, who did not have a natal family, was subjected to domestic violence, and faced the prospect of being deserted because of her husband’s extra marital alliance.

Having nowhere to go, she took her two children aged under 3 years and attempted suicide. Her children died but she survived only to be charged with the murder of her two children, and to an intensified experience of trauma and depression.

Life after release from prison for a woman is fraught with uncertainties. Prisoners, especially women prisoners, face numerous challenges while attempting re-entry into their communities. Women with mental illness have an even greater predicament confronting them. Many have unintentionally wandered long distances away from their homes. Those with intellectual disability in addition to lack of education, may not know their whereabouts or how they got there.

In instances that the family can be found, they often reject them for reasons such as inability to bear responsibility, bringing family dishonour, or fear of cohabiting with her again. Shelter homes are also reluctant to admit women with a history of mental illness, as they lack trained personnel to handle needs of persons with mental illness. The added label of an offender proves a further obstacle. Moreover, most governmental, and non-governmental shelter homes offer only temporary shelter. Thus, they are often left with nowhere to go.

Based on our field experience, we find that women with mental illness who commit crimes have a history of emotional disturbance. Women have narrated to us their experiences of feeling invalidated or being subjected to prolonged periods of violence and abuse.

In a particular case, a woman who was married off by her maternal uncle had to cope with harassment from her in-laws. During an emotional breakdown she hurt her sister-in-law, following which she was arrested and spent a while in prison because her husband, children and in-laws disowned her.

The woman had little education and no professional skills as she had been in domestic roles all her life. On her release, she found refuge in a shelter home and was soon diagnosed with schizophrenia. Despite her plight, her marital family refused to accept her back.

This is true of many women with mental illness who have reached prison. They are denied access to their home, children, assets, citizenship documents and property rights unless there is external intervention.

The response of the State and the community has been slow vis a vis persons with mental illness, but efforts by civil society organizations and human rights activists have helped in increasing awareness about the issues. It has also led to the passing of the Rights of Persons with Disabilities Act, 2016, which now recognises mental illness as a disability, and the Mental Health Care Act, 2017, which provides a humanitarian framework of care, treatment and rehabilitation of persons with mental illness.

However, due to lack of infrastructure and resources, persons with mental illness who reach prison, especially women prisoners are among the least and the last reached communities.

Presently, there is lack of publicly available data on persons with mental illness being processed by the criminal justice system. This acts as an impediment for policy and services for women prisoners with mental health issues.

There is need to appoint trained social workers and counsellors in prisons to address and reduce the vulnerabilities and risks facing prisoners, in particularly women prisoners with mental illness. #KhabarLive #hydnews