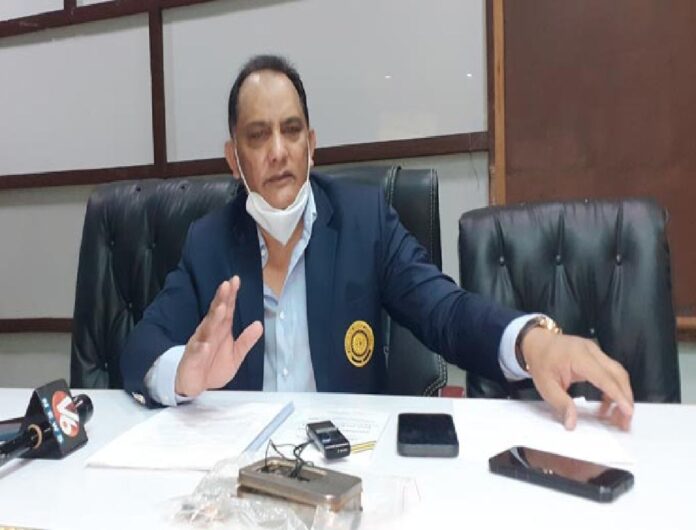 Hyderabad Cricket Association president Mohammad Azharuddin will be part of the 11-member working group, formed by the BCCI to look into domestic cricket.

According to BCCI President Saurav Ganguly, Mohammad Azharuddin, Rohan Jaitley, Avishek Dalmiya and Jaydev Shah will be part of the working group, which has been formed by the Board of Control for Cricket in India (BCCI) to look into domestic cricket.

Recently, the BCCI apex council had decided that a 10-member committee will be formed to look into the compensation package for the domestic season and the other aspects of domestic cricket. In a letter to state units on Saturday, secretary Jay Shah wrote: “I look forward to your continued support as the BCCI moves towards resumption of domestic cricket.”

ALSO READ:  Andhra Pradesh 'IPL Playoff Matches' On May 8 And 9 In Vizag

“With so many seasoned administrators part of the panel, we are hopeful of handling the issues and find out solutions,” a BCCI official said.

After hosting a curtailed domestic season this year due to the pandemic, the Board plans to conduct a full-fledged season this time around, with more than 2000 games to be held.

In a recent chat with #KhabarLive, the BCCI chief Sourav Ganguly said the Board will have a bio-bubble for the tournaments to ensure the safety of the players and other stakeholders. “We will create bio-bubbles. We created bubbles for Syed Mushtaq Ali Trophy and Vijay Hazare Trophy last time. We will have to do the same. Without the bubble, cricket cannot happen even for this season,” Ganguly said. #KhabarLive #hydnews