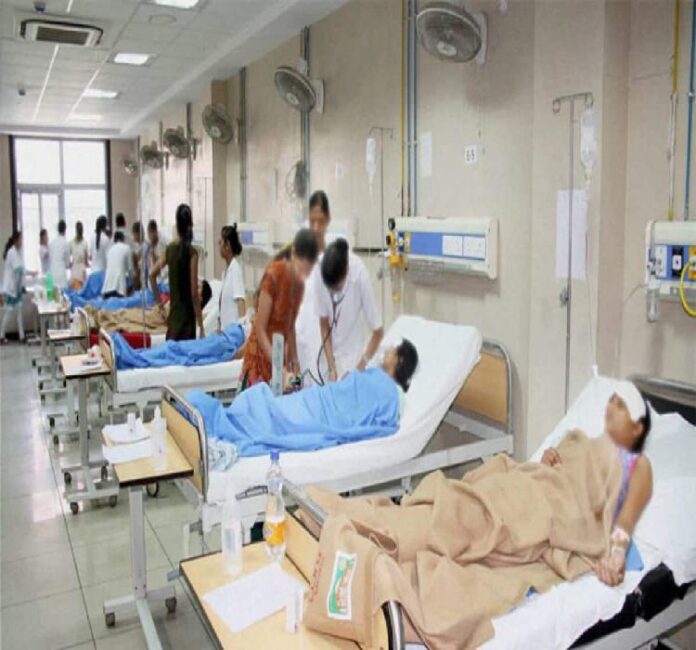 Several doctors in Hyderabad hospitals are baffled as patients with viral fever are landing in intensive care unit (ICU), a never-seen-before scenario which is becoming a menace in Hyderabad city.

The recovery time taken for most viral and vector-borne diseases has increased by 2 to 5 days as well, increasing hospital visits and use of antibiotics to treat viral fevers and hospitalizations.

While doctors struggle to understand the exact reason behind the development, they indicate that it could be due to a different reaction to the viruses after a long period of staying at home and away from viruses, seasonal changes, dip in general immunity levels or a possible change in strains.

“Earlier, viral fevers used to last for 1 to 2 days and then people would recover on their own. We used to see patients coming with high grade fever and testing dengue positive but now these cases are testing negative for dengue, malaria and still not recovering for 4 for 5 days. The recovery is not only slow but also after recovering they are becoming weak and dehydrated in case of all kinds of viral fevers, many a times requiring admission.

Also, influenza and dengue patients are taking longer than earlier to recover. In dengue there is a possibility of a different strain,” said Dr Sowmya Bondalpati, consultant general physician, Continental Hospitals, adding that nearly 30% of the cases are now requiring hospital admission and use of antibiotics in treating viral fevers has increased.

While doctors say the recent rains have led to an increase in cases, over the last one month, the reasons could also be increase in mosquitoes to weather change to suppressed immunity. “It is possible that after longer periods of staying inside their homes and eating healthy food, now that people are venturing out more there could be higher exposure to viruses and they have started to respond to the viruses differently.