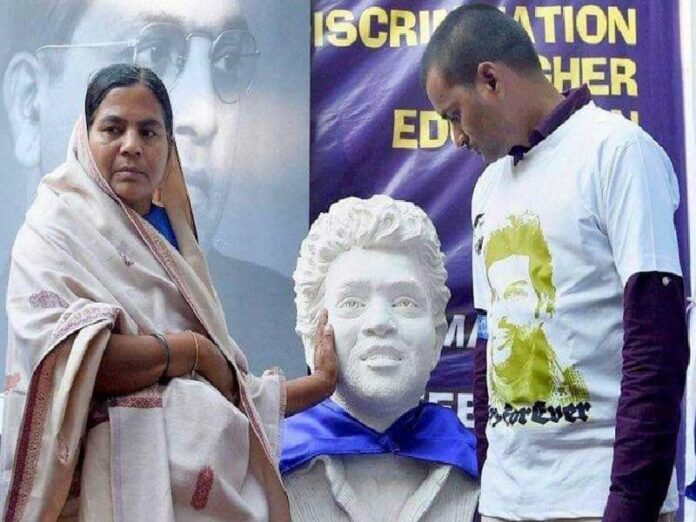 Rohith’s death in 2016 triggered a huge protest, and put the spotlight on caste discrimination but five years on justice remains elusive.

“Every year, we have sleepless nights as this day gets closer. Not a single day has gone by without remembering him,” said Radhika Vemula in a somber voice. Her son Rohith Vemula, a young Dalit scholar took his life five years ago on this day at Hyderabad Central University alleging caste discrimination.

Rohith was pursuing his PhD at the university when on January 17, 2016 he took his own life. He and four other four other research scholars, who were members of Ambedkar Students Association (ASA) had been suspended by university authorities following a complaint by the Akhil Bharatiya Vidyarthi Parishad (ABVP), which is affiliated to the BJP. The complaint had been forwarded by then Union Minister Bandaru Dattatreya to then Union HRD Minister Smriti Irani, who in turn asked university officials to look into the matter.

Rohith’s death triggered a huge protest, and put the spotlight on caste discrimination on campus. But five years on, justice for Rohith Vemula remains elusive. However, his mother Radhika and Raja said that the anti-caste movement is continuing with even more force.

At the time of Rohith’s death, Radhika was earning a living by tailoring, while Raja had completed his postgraduate degree. While Radhika took up the fight for justice for Rohith, Raja later became a truck driver to make ends meet. While the mother and son continue to reside in the same slum in Guntur’s suburbs, Raja has recently completed his law degree. “I graduated in law with distinction on December 17. The day reminds us of Rohith’s first letter to the Vice Chancellor (VC) and his helplessness.”

When asked what drew Raja to law, Raja said that circumstances that he and his mother witnessed inspired him to get an LLB degree. “Our demands for justice have remained unheard, sometimes it is because of the lack of knowledge about laws and courts. In October 2016 me and my mother met with Najeeb’s mother Fatima, she too felt the same. That’s when my mother asked me to become a lawyer and I felt the same,” said Raja.

Fatima Nafees is the mother of Nazeeb Ahmed a postgraduate student at Jawaharlal Nehru University (JNU) Delhi who went missing under “mysterious circumstances”, following an attack by a group allegedly belonging to the ABVP on campus in October 2016.

Raja said that he continued to pursue the course despite difficulties including having to earn a living. He is set to start practicing law in a few months and he is hopeful that he will use his knowledge to fight for the justice of Dalits and other marginalised sections. He said “I have seen on the ground -Dalits be it in the villages or in the cities are suffering injustices, atrocities. Some of us should come forward to free them from these clutches. We must not study for namesake but for change sake”.

Raja alleged that the “deliberate” delay in the probe of Rohiths’ case is also one of the reasons behind him seeing “law as saviour”. He explained, “The case which was supposed to probe the caste discrimination that my brother faced halted at finding our caste. Caste has been haunting us for the last 30 years but it was just five years ago that it got exposed.” Rohiths’ family alleges that the case which was registered with the Cyberabad Police is not seeing progress as the probe requires his “Scheduled Caste” certificate from local authorities.

Radhika Vemula said that Raja’s graduation in law is her “pay back to society” as he will fight for the people and their rights in the court of law. Taking a brief break from her work, Radhika said that she is hopeful about Raja’s success in advocacy for the Dalits and other voiceless sections.

She said, “After listening to Fatima, I asked Raja to pursue law to fight against injustice and for the rights of people. Having a clear legal knowledge would empower us.”

When asked about the struggle for justice for Rohith Vemula and the larger anti-caste movement following his demise, Radhika said, “A change has come in the people, which is why the movement is still continuing. At the end Dalits will definitely get justice but it may take some time.” #KhabarLive #hydnews