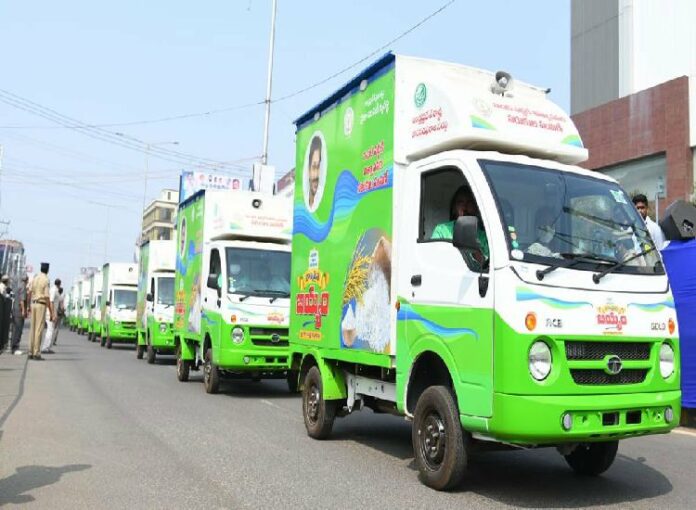 The prestigious Door Delivery of Ration items scheme in Andhra Pradesh came to a grinding halt in several parts of the state even before the first week.

“Coolies get paid 500 Rupees per day. That means they make 15,000 Rupees per month. But we get 10,000 Rupees only. Moreover, our work is really hard. We will not continue the delivery until our issues are addressed by the Government,” they demand.

Experts say this is very much on cards as the scheme is executed without much thought. The Government may now have to incur additional expenditure for hiring helpers.

Instead of spending so much for delivery, the government should have incurred the same amount to reduce the prices of the ration commodities which would have helped the beneficiaries further. #KhabarLive #hydnews