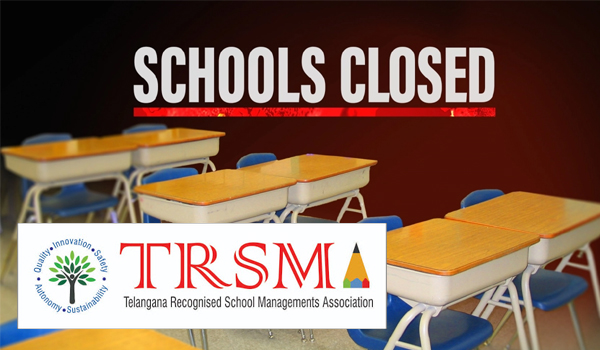 The Telangana School Managements’ association has condemned the state government’s decision to close schools until further notice. Their point is that when wine shops, theatres and malls can remain open in full capacity, why not schools?

According to the Telangana Recognised Schools Management Association (TRSMA), most of the students are lagging in studies due to online classes or lack of classroom instruction. It would have a big effect on children’s studies if the govt continued to open and close schools.

Srinivas Reddy, honorary president of the Telangana Recognised School Management Association (TRSMA), said:  “When the state government has not closed wine shops, theatres and malls despite increase in COVID-19 cases, why is the state government concentrating only on closure of educational institutions? When theatres can run in full capacity, why not schools? Wine shops are running all day without maintaining any social distancing.

Bars and pubs are open with full capacity and election rallies are being conducted with a lot of crowd despite increase in cases. If the govt wants to curb COVID-19 in the state, then why did they conduct elections and election rallies. School students are already suffering and forgetting concepts because of long break from schools due to lockdown and on-line classes. Despite students’ loss, the government has decided to close all the schools and keep the students away from education”.

He further added, “Even other states are having cases but they are still running schools with COVID-19 protocols. Andhra Pradesh state opened schools long back and the Telangana govt just opened the schools in January, but already decided to close the schools without even trying to run schools with COVID protocols. It has been already a year since COVID pandemic started and we have no idea how long this will prevail. So how long can we close educational institutions?

Government schools in Telangana are witnessing more Covid cases in government schools, instead of private schools. So, if cases are high in govt school, they should conduct tests and give treatment to students who are positive. Students are already lagging in studies, and we are teaching them everything from the beginning. We are really worried about the future of children if this opening and closure of schools continue in the state”.

Kandala Papi Reddy, founding president of the Telangana Recognised School Management Association (TRSMA), said, “The state government should take such decisions after thinking about teachers and students. The government should at least continue school for Class 9 and Class 10 students, instead of just closing all the schools.

Even though cases are increasing, other states like Andhra Pradesh, are successfully running schools, but the Telangana govt has just closed schools without thinking about students’ and teachers’ need to avoid loss of another academic year”. #KhabarLive #hydnews