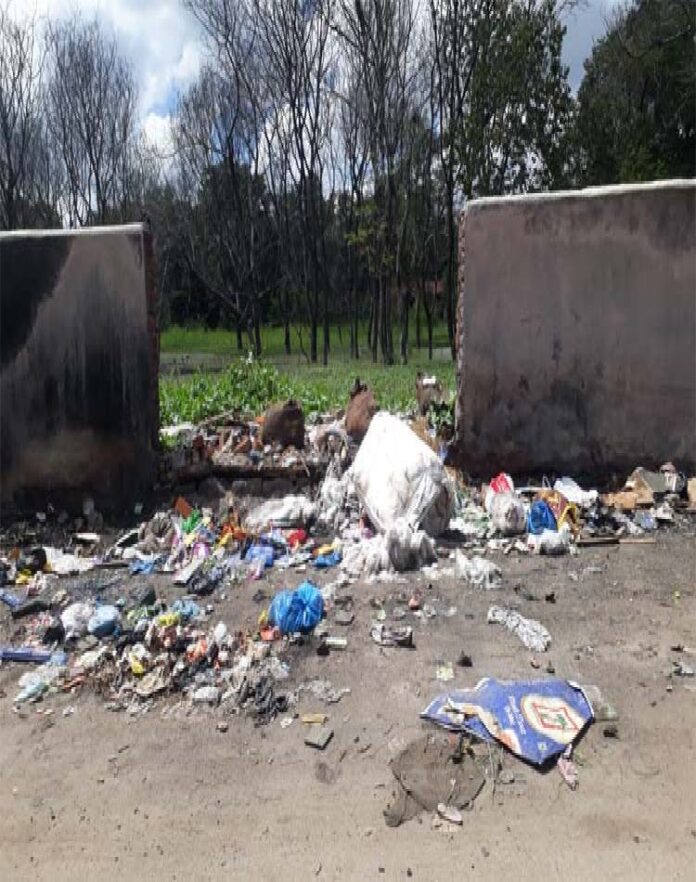 The sheer example of official apathy towards public concern is visible at Shivrampally public park managed by HMDA in Hyderabad. The broken compound wall,  neglected maintenance combined with poor governance.

For the second time in a row, the compound wall of the much-neglected Last year after repair Metropolitan Development Authority (HMDA) Park at Shivrampally broke at two locations and developed a crack only a year after it was first repaired.Thanks to apathy of the HMDA officials, who woke up from slumber only after the damage was done to its properties; more so after whistle-blowing.

It was in July 2020 when repair was carried out at two locations of the compound wall after the issue was brought to the officials’ notice.
In June 2019 when #KhabarLive raised the issue of damaged compound wall, they took almost a year to patch it up. At that time, the Forest Manager of HMDA Vishnu Vardhan Reddy had informed.

“The broken compound wall is the result of negligence of Greater Hyderabad Municipal Corporation (GHMC) JCB machine operator, who, while lifting garbage recklessly hit the wall resulting in trampling at two locations. We have raised the issue with the GHMC officials who assured us to repair the wall soon.”

When contacted on Monday, Reddy came up with the same narration that “The GHMC staff while lifting heaps of garbage abutting the boundary wall caused severe damage. A complaint against the GHMC staff has been lodged with the Deputy Commissioner GHMC Rajendranagar in June itself to resolve the issue, besides informing higher HMDA officials. We are awaiting the GHMC response.”

However, the GHMC Executive Engineer, Rajendranagar, C Nagi Reddy said, “We have received a complaint from the HMDA, but not yet sent any estimation to the zonal office for the repair work. We will do the same this week but can’t say how long it will take to get the approval, as sanctioning of the estimate is beyond our purview.”

Tugged in at an isolation place opening its way through a narrow lane beside the Janta Petrol Pump on the Shivrampally road, the rejuvenated park is yet to be opened for people, though the garden was decorated with a number of beautiful saplings full of flowers almost two years back.

ALSO READ:  'My Vote Was Denied Because Of My Wheelchair And Disability'

Except turning the park into beautiful vegetation, no other measures have been taken to protect it like bringing it under CCTV surveillance that may help prevent alleged frequent mischievous attempts by vested interests. #KhabarLive #hydnews