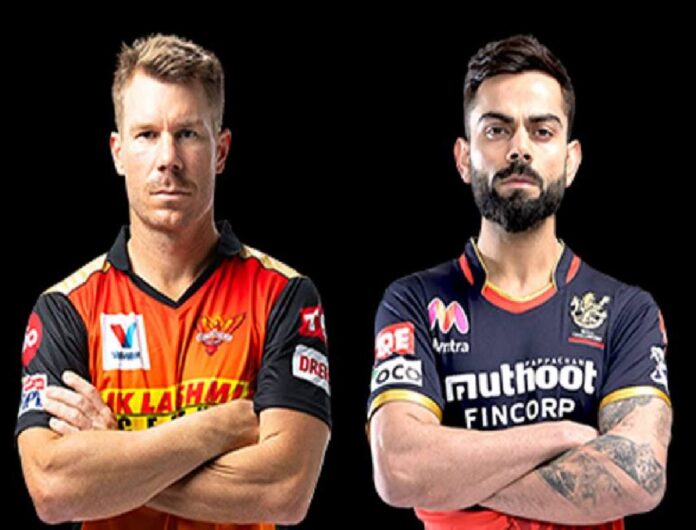 RCB began their IPL 2021 campaign with a win over Mumbai Indians, Sunrisers Hyderabad lost to Kolkata Knight Riders in their opener.

Seeking to consolidate their position after a winning start, Virat Kohli’s Royal Challengers Bangalore will have their task cut out as they take on a determined Surnrisers Hyderabad in the Indian Premier League (IPL) in Chennai on Wednesday.

While RCB began their campaign with a morale-boosting win over five-time defending champions Mumbai Indians at the same venue, the David Warner-led SRH lost to Kolkata Knight Riders in their tournament opener.

Having put up a decent performance in the first game, RCB will be strengthened further when the immensely-talented Devdutt Padikkal makes the team after his recovery from COVID-19.

Padikkal has said he is now completely ready to play his part in the IPL and confident of replicating his stupendous domestic form in the ongoing league.

He contracted the deadly virus on March 22 and was in isolation, but has since completely recovered and resumed practice with his RCB teammates.

In the event Padikkal is unable to return for Wednesday’s game, RCB will stick to the opening pair of Kohli and Washington Sundar.

RCB might try out the likes of Mohammed Azharuddeen and Australian leg-spinner Adam Zampa in the coming matches.

Kohli and the incomparable AB de Villiers will be the key men again for RCB in batting, with Australian all-rounder Glenn Maxwell hoping to make invaluable contributions with the willow.

He looked good in the first game in RCB jersey, and has the backing of the team management, including skipper Kohli.

Barring the trio of Kohli, de Villiers and Maxwell, RCB look thin on batting and that’s why Padikkal’s presence at the top is important for them.

The 20-year-old Karnataka left-hander was RCB’s highest run-getter in IPL 2020 with 473 runs from 15 matches, including five half-centuries in what was his debut season.

ALSO READ:  Why 'Telangana Intermediate Board' Playing With The Lives Of Students?

After their failure in the opener, Rajat Patidat and Washington would look to make amends against SRH.

Almost all of RCB’s bowlers were economical against MI’s formidable batting with medium pacer Harshal Patel returning excellent figures of 5/27. They will certainly look for an encore.

As far as SRH are concerned, both their openers Wriddhiman Saha and Warner failed to get going against KKR in the first game and will look to make up for that against RCB.

The swashbuckling Warner has close to 600 runs against RCB and he will aim to add to that impressive tally.

In opening, SRH have the option of reuniting Warner with Jonny Bairstow, who made a fifty while batting in the middle-order against KKR alongside Manish Pandey, who made a 44-ball 61.

Kane Williamson is unlikely to return on Wednesday as coach Trevor Bayliss had said the Kiwi would require some more time to regain full match fitness.

Bhuvneshwar Kumar went for runs against KKR but the experienced seamer is expected to get his rhythm back sooner than later.

The likes of Rashid Khan and Mohammed Nabi can also ask probing questions with their crafty bowling.