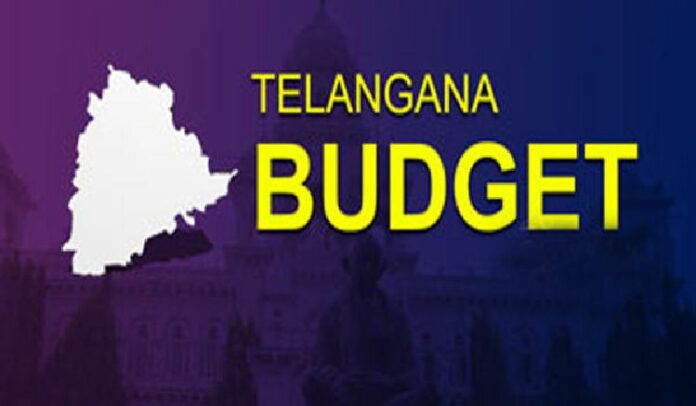 With Covid-19 biting into the revenues for FY 2020-21, the Telangana State government’s ‘Budget-making exercise’ for FY 2021-22, just initiated by the Finance Department, has run into rough weather. For, none of the 2020-21 budgetary targets could be met due to the continuing impacts of the lockdown-hit economic slowdown.

In fact, the budgetary targets for 2020-21 lag way behind estimates, with less than three months remaining for the present financial year to end.
Compounding the corona-induced heavy shortfall in revenues, the state government had to pay a heavy price due to the suspension of property registrations for four months before the launch of the Dharani much-vaunted portal. Since September 2020, with Dharani portal yet to be fully functional, the property-related revenues of the state government have taken a heavy beating.

Only agricultural land registrations were allowed post October 29; yet, due to technical and operational glitches in Dharani portal, even those could not be done on a full scale in November and December. In view of cases in the TS High Court against non-farm property registrations through Dharani portal, the process was stuck until the last week of December when the government reverted to the old method of registrations.

The budget estimated Rs 10,906 crore through the state’s share in central taxes, but the Centre has released just Rs 5,412 crore so far.

However, the silver lining is that the Centre’s grants-in-aid to the state government surpassed the budgetary estimates, thanks to the Centre releasing more grants to help States to overcome corona-induced financial crisis. While the budget estimate was Rs 10,525 crore, the Centre has released grants amounting to Rs 11,000 crore so far.

The non-tax revenue earnings also took a severe beating due to corona. The budgetary target was Rs 30,600 crore, but only Rs 2,450 crore was realised due to slump in registration of new vehicles, collection of various transport taxes and mining cess due to lockdown and the consequent slowdown of the economy.  The earnings through imposition of other taxes and duties also nosedived. Out of Rs 6,041 crore, just Rs 2,650 crore has been realised so far.

The excise duty collected on liquor also fell due to closure of liquor shops for nearly three months –from mid-March to May first week – and closure of bars, pubs, and clubs from mid-March to September-end. The budgetary target was Rs 16,000 crore, but only Rs 8,874 crore has been realized till date.

ALSO READ:  Democracy In Danger: The Deep Strategy Behind The Movie Mob Violence

In this backdrop, Finance Department officials are examining thoroughly the possibility of meeting at least 70% of the budgetary targets in the remaining period of the FY ending March 31.

The Finance Department has to come up with a Revised Budget for 2020-21 first based on the current earnings so far and projected earnings for the remaining three months of this fiscal before drafting fresh proposals for Budget 2021-22.

The department is eagerly awaiting the Union Budget 2021-22 to be presented in Parliament on February 1 to get clarity on the quantum of state’s share in central taxes and the Centre’s grants-in-aid to States so as to align those particulars to the State Budget proposals. #KhabarLive #hydnews