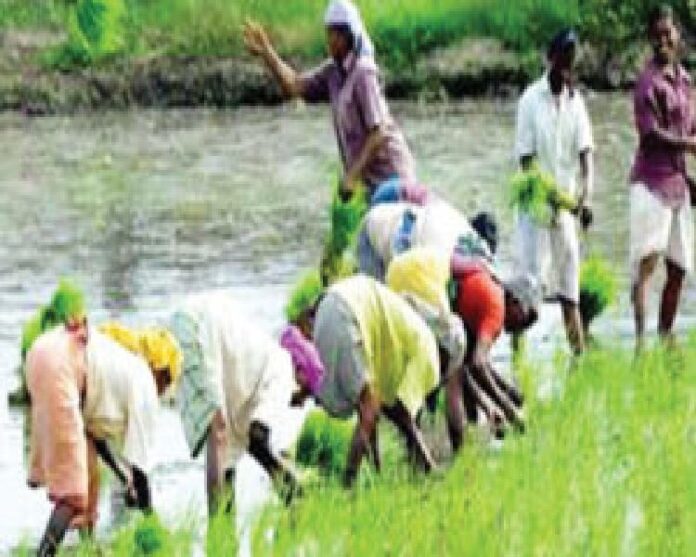 Now, the farmers get justice by court ordets to government of Telangana. Despite the fact that tenant farmers have been actively cultivating lands, the Telangana government so far denied financial aid to them while extending it only to landowners.

On September 28, the Telangana high court delivered a landmark judgment directing the K. Chandrasekhar Rao government to extend compensation for crops severely damaged during the calamities that struck across the state in the months of September and October in 2020 to all the affected farmers within three months from the date of the judgment.

The verdict strikingly brings to focus the fate of landless tenant farmers in Telangana after it became a new state in 2014. Besides this, the denial of bhima or insurance coverage for the crops hit by calamities also came into focus.

The high court bench headed by Chief Justice M.S. Ramachandra Rao, responding to a public interest litigation (PIL) filed by Vissa Kiran Kumar, Kanneganti Ravi and S. Ashalatha of Rythu Swarajya Vedika, has asked the government to include tenant farmers under the ambit of “disaster compensation”.

Floods damaged crops in 5.97 lakh hectares with losses estimated at Rs 7,2019  crore, said a report submitted by the state government to the Union government seeking relief.

He further asserted that his government will not consider tenant farmers and will protect only farmers owning lands.

G.V. Ramanjaneyulu, an agricultural scientist and executive director at the Centre for Sustainable Agriculture, told #KhabarLive that the enumeration of tenant farmers for coverage of crop compensation in the light of the KCR government’s explicit stand appears to be a major hiccup.

In the village adangals (pahani), the column that insists on particulars relating to tenant farmers was also removed as the government refused to recognise their identity. Consequently, tenant farmers are getting deprived of compensation for crop losses at times of calamities and incentives like Rythu Bandhu extended by the government.

Instead, the landowners, though not involved in cultivation, are enjoying all such benefits just on the premise that they have records showing their ownership over the lands. Ramanjaneyulu said around 90% of tenant farmers have been pushed into a debt trap for want of any financial support from the government.

The Telangana Rashtra Samithi government has taken a firm stand only in favour of the land-owning farmers for even extending the Rythu Bandhu scheme, a direct cash benefit getting straight credited into the accounts of the beneficiaries.

The government’s contention that the question of compensation to farmers would not arise as it is already implementing the Rythu Bandhu scheme as an investment support measure, but was dismissed by the court.
In the 2020-21 budget, 75.4% of the agricultural budget and 7.7% of the total budget were earmarked for the Rythu Bandhu Scheme.

The plight of tenant farmers

The previous government heading the undivided state in 2013 had identified around 12 lakh tenant farmers in Telangana for the issue of loan eligibility cards (LEC), a measure intended to identify them. The residuary Andhra Pradesh government, for its part, has been implementing the LEC scheme to arrange bank-linked finance for tenant farmers.

Kanneganti Ravi, one of the petitioners, told The Wire that the tenant farmers in Telangana are the real cultivators on the field. But they have been subjected to discrimination, denial of financial assistance from either the government or the banks, and relief even at times of natural calamities.

“How can the government enhance farm incomes without supporting tenants who are cultivating large parcels of lands,” Ravi asked.

Quoting the National Sample Survey (NSS) for 2019 data, Ramanjaneyulu said Telangana with the lowest farm incomes in the country ranked second in indebtedness among states.

But the state government claimed to have improved farm incomes through a significant expansion of
irrigation potential in the state since its formation by taking up Kaleswaram and the other major irrigation projects, according to the Telangana government’s Socio-Economic Outlook 2021.

But the incomes of tenant farmers in particular, and small and medium farmers in general, drastically fell in real terms, Ramanjaneyulu said.

The spurt in absentee landlordism has made way for tenancy farming. An increase in production cost due to high lease rates, excessive use of fertilisers and labour cost are the reasons for the dip in incomes, making cultivation quite unviable, Ramanjaneyulu said.

When huge land parcels are owned by wealthy people from upper-castes like Reddys and Velamas, Dalits and OBCs have ended up as tenant farmers, Ramanjaneyulu added.

The Rythu Swarajya Vedika is pitching for the prohibition of non-agriculturists from urban areas purchasing huge chunks of land. Land rates have been shooting up in Telangana, with an acre costing Rs 30-40 lakh, and most of these lands are purchased by affluent sections from urban areas as a means of investment but not for cultivation.

Farmers in Telangana were not only denied compensation but also insurance cover against crop losses in natural calamities during the period. The NDA government had launched a scheme called Pradhan Mantri Fasal Bima Yojana (PMFBY) in 2016 to extend insurance cover to farmers for their crops. The scheme aims to protect the farmers from losses they suffer from crop failures due to the incessant rains or pest attacks or seed failure and any other natural calamities like cyclones and floods.

As per the guidelines of the scheme, Union and state governments share Rs 1,750 each for the cotton crop per hectare while a farmer contributes 5% of the premium amount.

But, for the year 2020-21, the Union government backed out by taking a decision to make the insurance scheme entirely optional for the farmers. On the other hand, the Telangana government is accused of leaving farmers at the mercy of nature’s vagaries, when other states, like neighbouring Andhra Pradesh, are offering alternative crop insurance schemes and providing relief to the affected farmers.

Stating that the Andhra Pradesh government launched YSR Free Crop Insurance Scheme, under which Rs 1,820 crore was extended to 15.15 lakh farmers for Kharif 2020, Ravi sought to know why the Telangana government has failed to explore such alternatives. #KhabarLive #hydnews