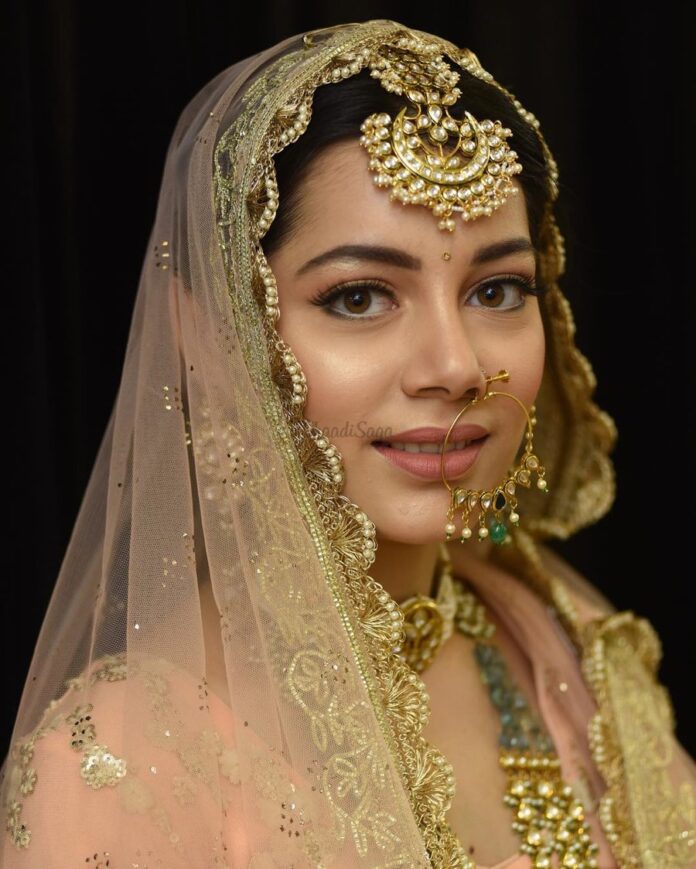 I was completely oblivious to the fact that the white mark – a long forgotten part of me was a major concern for my potential in-laws!

“I can’t go ahead with the engagement. Actually, I can’t be with you,” his face looked pained as he said the words that came out in a robotic monotone. I was half-fooled that he had been brainwashed – pushed to the brink of a choice that wasn’t his. But it was.

In an arranged marriage scenario in India, every decision is made as a family. Often even after marriage. I knew then that there was going to be no engagement, no wedding, nothing.

At that time, I was too stupefied to be able to think about what this was going to mean for me in the distant future. After all, I was a single woman, who was almost 30, in India.

Darshan and I had first met through a common friend in 2012. I was single then too and on the ‘wrong side’ of 25. As is typical around this age, friends and family are constantly trying their hand at match-making and that’s how I met him.

Since I didn’t feel the spark then, we didn’t go ahead until…
We were both living in Bombay at the time and it seemed harmless to get together for a coffee. After that, never-ending phone conversations led to frequent meetings – drinks, meals and movies. Since I just didn’t feel the spark I was subconsciously looking for, I decided to be friends with him. After a while, we fell out of touch.

Over the next couple of years, not much changed in my life apart from my age. After having had no contact for a year, Darshan and I reconnected. This time we both found ourselves living in Pune, with our respective parents.

By this time, my parents had pulled out the big guns and I was registered on a matrimonial website. Adding to the misery of speaking to and meeting random men, were the pitiful glances that relatives gave me at family functions.

The pressure kept building. I think it was the combination of this pressure and the old adage of a known devil being better than an unknown angel that warmed me up to the idea. Add to it, Darshan’s guitar-accompanied romantic song singing and I think I began to believe that there could possibly a future there.

There was only one ‘almost’ red flag that I saw
My parents’ friends, who had connected us with Darshan’s family, spoke very highly of his family. “The boy is a pilot, he is only waiting to find a job. And the family is very well to do,” they had assured my parents.

After a few getting to know him better (read: analysing), I saw ending up with a ‘Punjabi mamma’s boy’ as the only red flag. I dismissed it as a ‘yellow light, stop-look-go’ situation and decided to go ahead. Our families met over dinner a few times and some dates had been put down.

Our courtship continued – stirred up with the jubilance of an impending engagement. One afternoon, while we were out on a bike ride to nowhere in particular, his mother called asking him to bring me over. She wanted my wrist size for a pair of bangles she wanted to get made for me.

We met her on a curb side near about where she was out running errands at the time. I got off the bike and went over toward her car window where she was sitting at the wheel. She had looked up at me.

That had to be when she saw it – the tiny, white patch of skin towards the left side of my upper lip, measuring no more than a square centimetre. It was barely visible if you looked at me face-front.

The next began the awful ordeal for all of us
The next day, I was completely oblivious to the fact that the white mark (a long forgotten part of me) had become a concern for the Khanna family. And there I was sitting through lunch with a strange version of the man I was supposed to marry.

The entire mid-workday lunch was dedicated to the ‘mark on my upper lip’ – what is it, how did it happen, will it spread. As the questions kept coming, I answered each one in earnest.

I’m hazy about the details here but I landed up heading to my dermatologist, this man in tow. Had I offered to take him along to my doctor? Or had he suggested it? Whatever the case, a sudden mid-afternoon visit to a doctor half way across town, when there was no life that needed saving, hardly seems normal now.

I have no idea why this didn’t register back then. At the doctor’s clinic, the man’s curiosity continued to bring up even more questions. He was most concerned about whether it could spread.

My doctor, her usual straightforward self, told him that she had been seeing me for around 6-7 years and the mark had remained exactly the same size. As we started to leave her office, she asked me to stay behind for a minute and then said firmly that she felt this guy was not good news.

The next day shattered all of my dreams
The day he had shattered my girly dreams, had literally been one day after my parents had called up all of our extended family to give them the good news. Everyone’s joy knowing no bounds. While Darshan had called asking me to meet him outside, his mother had called my mother’s phone.

Roleplaying some professional wrestling double team manoeuvres, they had drop-kicked or whiplashed us both. By the time I got home, my mother was still on the phone with that monster. They had already been speaking for a long time. My mother’s voice going to the peaks of screaming and the troughs of shaking.

The woman on the other end of the line was blaming my parents for all sorts of things. For lying to them about my ‘condition,’ for trying to ‘trap her innocent son,’ etcetera. As the stereotype goes, Punjabi mothers have a tendency to think of their sons as a precious Kohinoor diamond – the most sought after thing in the world. Yes, even overweight, hairline-receding, jobless Darshan.

Over the next couple of days, there were a lot more conversations exchanged between Darshan, his various family members, and mine. There was screaming and crying, and amidst all that, consultations with skin doctors.

It took me a while to comprehend that it had actually happened
One conversation that I had with his elder sister stands out distinctly in my mind. She had said, “What if your Vitiligo spreads? It could cause a lot of problems for you. Darshan will stop being attracted to you. He will seek pleasure and comfort outside of the marriage. We are thinking of the best for you.”

In retrospect, if the man’s sister had held such a shallow opinion of him, I was truly saved. I had responded to her with a hypothetical situation. “Your husband is an avid biker, right? If he had an accident that left him with scars on his face and body, you’d leave him?”

The probability of my vitiligo patch, that hadn’t grown in years, spreading was perhaps similar. To this day I hope that her silence had meant some level of understanding.

Before this, I had naively thought that this sort of thing could only happen in a small village in rural India. I had not imagined in my wildest dreams that educated, urban, upper classes could behave this way.

Today, my family and I stand strong and happy in the knowledge that we averted a disaster. And I share my story in support of the thousands of women world over who are not so fortunate. #KhabarLive #hydnews