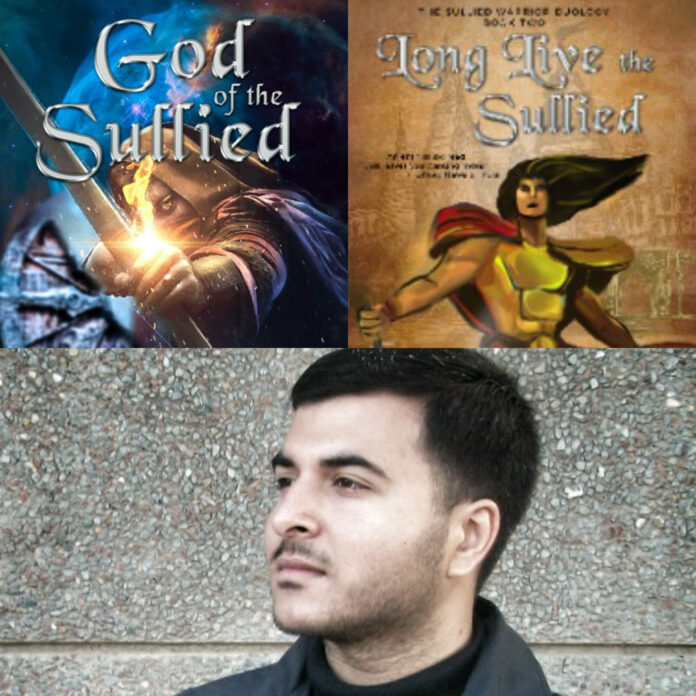 The ‘God of the Sullied’ by Gaurav Sharma is a different, yet riveting, mythological fiction. This is the first book in the series of The Sullied Warrior Duology. The second book in the series is ‘Long Live the Sullied’. Both books are extremely connected by sharing almost the same settings, backdrop, set of characters – however circumstances are different.

‍‍‍A scion of the Ikshvaku dynasty took birth in Kali Yuga, who would later be tested by Kismet and Karma. Right from being deemed as ‘sullied’ and out-casted by his villagers to meeting good people of the kingdom of Rudraputra and making friends, there was a kaleidoscopic shift, albeit a harsh one, in the life of the protagonist, Eklavya. There comes the point when he hit a low period in life and no longer cares whether there’s light at the end of the tunnel. Did he thrive regardless of adversities or did he succumb to the darkness within and outside? Only the ‘God of the Sullied’ would know! 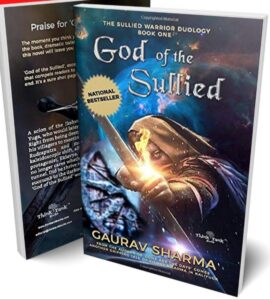 “God of the Sullied” written by the author, Gaurav Sharma, is a mythological fiction bringing out the lifestyle of the 9th Century AD. It beautifully reflects the societal flaws that outcast a person. However, the novel also revolves around good winning over the evil in the end.

Born during a destructive storm, Eklavya was ill-treated as an infant and considered a cursed child. The sullied was outcast that led him to walk on the dreaded path of death. The emotional turmoil was convincing enough to plunge into the bosom of River Ganges and get engulfed. However, will Eklavya die?

What happens to the prophecy that states Eklavya is the Messiah that would bring an end to Kaliyuga? Will he survive to fulfill it?

In order to know what happens to Eklavya, get your copy of God of the Sullied today. If you’re lucky, you may also receive the special copy personally signed by Sharma. The language may not be grasping if you are a fan of the classic era, however, the story will open up a whole new world that you will thoroughly enjoy.

And, if you still want the enchanting story to go on, you simply have to read for the sequel, “Long Live the Sullied”.

ALSO READ:  How Data Lives, And How We, As Individuals And Collectives In India?

The book in question, God of the Sullied was released in paperback and e-book version worldwide, and published by Think Tank Books. Let’s delve deeper to know how this “raw” author, as the young writer claims to be, shot to fame after persistent hard work and numerous failures… 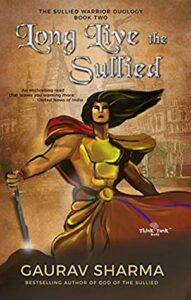 On the other hand, the sequel of this book review gives another impression –
‘Long Live the Sullied‘ by Gaurav Sharma is as good and as promising as the first book ‘God of the Sullied’. These two books make up the complete ‘The Sullied Warrior Duology’. Those who have read the first book now can’t wait to pick up the second one. And those who have picked up ‘Long Live the Sullied’ by chance need to go back and read ‘God of the Sullied’, as both books are inseparable. In both the novels, characters are almost same – however their action and priorities differ from one time to another. Pundir is at the forefront of this novel, though the story never forgets Eklavya, he remains in the backdrop like banter.

Just like the first book, this one too has been narrated by a multiple voices. This time much focus has been given to Mahapurohit and Pundir and a few teachers of Gurukul, where Eklavya and Pundir studied together. After the basic tenure of three years, Eklavya returns his home and never returns to the mountain Gurukul. But Pundir returns thinking Eklavya would be there for company and everything. But what all happened to Eklavya when he goes back to his home and village after gaining combat skills and theology class for three years at Gurukul? Why didn’t he come back? Did he think three years education was enough or there was something else? All the answers lie in the first book.

The second part is about Eklavya’s return to his kingdom and Pundir stirring for some action. The novel kicks off with Acharya Virbhadra searching for his favourite student Eklavya. Little did he know that Eklavya had been a king of Rudraputra after leaving the gurukul? Will Acharya Virbhadra be able to meet Eklavya? That’s another mystery here.

In both the books, hill bandits acted as antagonists, they looted and killed people. Their actions have always added thrill and adventure in the story but at the same time put Eklavya and Pundir in a strange dilemma. This time it’s Pundir who succumbed to their misery. Pundir’s one of the objectives in life was to fight the hill bandits as they most of the time plundered and killed his village folks. He went to Gurukul to learn excellent combat skills so that he could fight against those bandits, but fate had some different plans for him.

Find out what happens when Pundir plans to approach the king of Rudraputra whom he blames for the loss incurred by the hill bandits. Will Pundir be able to meet his best childhood friend Eklavya? The story is a bit fragmented, but the way it converges to a single point makes up for all the pitfalls. Written in simple and superb manner, this is one of the best sequels to any mythological fiction you would have ever read in life. The Sullied Warrior Duology becomes a mandatory read for mythological lovers…it’s rather a treat. 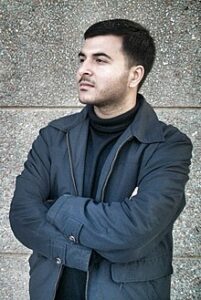 The 29-year-old writer was born in Delhi and brought up in Sitamarhi, Bihar. He graduated in Mass Communication and Journalism from Guru Gobind Singh Indraprastha University, New Delhi, and moved to Canada for higher studies. He did Post Degree Diploma in Business Administration from Langara College in Vancouver.

A science student, whose family didn’t want him to be just another engineer or a doctor, he was compelled to become a journalist and gradually he transformed himself into what he is today. Sharma was just 19 and still in college when he wrote his first textbook Designs and Graphics Redefined in 2011. The other two textbooks that Sharma penned are Photography Redefined in 2013 and Development and Communication Morphosis in 2014.

ALSO READ:  Get An 'Instant Loan' With The Best 'Money Lenders' In India

After his graduation, Sharma interned with major media houses such as Business Today, India Today, and landed a job at NDTV. He shares, “I was debating if I should spend a few years drawing a very low salary and then make my way up the corporate ladder, or go abroad to shape my future. I chose the latter.”

A permanent resident of Canada, he believes he is still in the learning and evolving phase. “I don’t write to sell, and am raw in expressing my feelings through written words,” he reveals honestly.

In 2016, Sharma debuted with Gone are the Days. About his debut novel, he says, “It was an experiment. It was my first fiction (semi-autobiographical) after three textbooks. I thought to write about my own life until I was 22. It got quite a positive response from all corners.”

Talking about his present and future projects, Sharma says, “God of the Sullied is a historical/mythological fiction. Writing is my passion, and there was no inspiration as such behind writing God of the Sullied. I wanted to create something that would have Kismet, Karma and Kali Yuga in it. I only thought of my first chapter, and once I began writing, the rest of the story came by itself.”

Ask what he does to pay the bills, and he replies, “I have a day job in Canada. It is very hard to earn royalties that are enough to cover expenses. I keep changing jobs here. I haven’t found my ‘dream job’ yet.”

Sharma is an inspiration for many. In his message to Young India, he says, “Youngsters should do whatever they feel uncomfortable about. Trying things that make you uneasy ultimately makes you stronger and opens even more avenues in life.”

Offering tips to aspiring authors, he says, “Budding authors should start writing only if they are passionate; not with an intention to sell the book. If you write only to sell, chances are you wouldn’t get a great publishing deal. After a few rejections, you will lose interest and feel like writing wasn’t your cup of tea. Be true to your story and the rest will come automatically and naturally.” #KhabarLive #hydnews