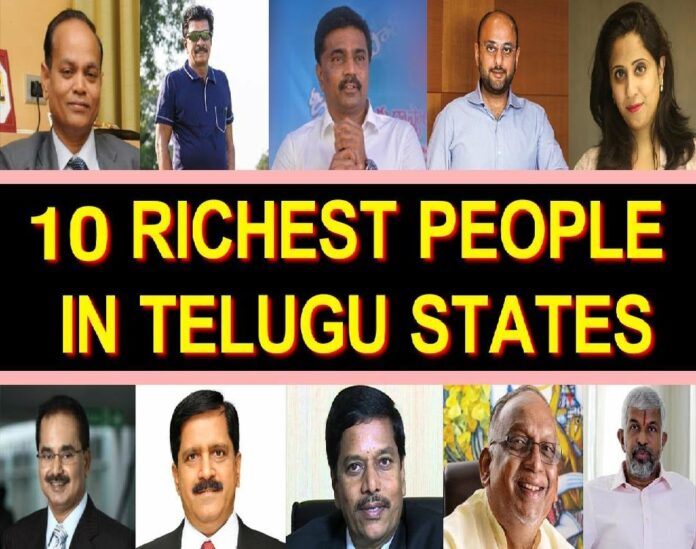 Hyderabad has not only been consistently attracting investments but creating billionaires year-on-year. The latest and the 10th edition of Hurun Global Rich List 2021 names 10 billionaires from the city with a cumulative wealth of Rs 1,65,900 crore ($22.6 billion). Wealth calculations are as of 15 January, 2021.

Murali Divi & family (Divi’s Laboratories) lead the Hyderabad chart with a net worth of Rs 54,100 crore. They are ranked 20th in India and 385th worldwide.

Of the top 10 Hyderabad billionaires, seven are from pharmaceuticals industry while the remaining three are from infrastructure and construction sectors.

India adds 55 billionaires
With 177 billionaires residing in India, the country retains the third spot with 55 new additions. Numbers rise to 209 if Indian origin billionaires are tallied in.

With 60 individuals from the Hurun India Global List 2021, Mumbai is the capital for India’s super-rich, followed by New Delhi (40) and Bengaluru (22).

Mukesh Ambani is also the second richest in Asia and eighth richest in the world. Gautam Adani saw his wealth almost double to $32 billion, on the back of Adani Green Energy growing to a $20 billion valuation.

Industry-wise, the healthcare sector has 37 billionaires, consumer goods sector has 27, chemicals sector has 19, software & services has 14 and automobile & components sector have 13 billionaires in India, making them the top five industries.

Elon Musk of Tesla added a record $151 billion to become the richest man in the world for the first time with a total net worth of $197 billion. He is followed by Amazon’s Jeff Bezos with a net worth of $189 billion.

Hurun Report chairman and chief researcher Rupert Hoogewerf said, “Despite the disruption caused by Covid-19, this year has seen the biggest wealth increase of the last decade. Stock markets boom, driven partly by quantitative easing, and a flurry of new listings have minted eight new dollar billionaires a week for the past year. The world has never seen this much wealth created in just one year, much more than perhaps could have been expected for a year so badly disrupted by Covid-19.”

“The speed of wealth creation is nothing short of staggering. Three individuals added more than $50 billion in a single year, led by Elon Musk with $151 billion, on the back of the rise of e-cars, whilst e-commerce billionaires Jeff Bezos of Amazon and Colin Huang of Pinduoduo added $50 billion each. At this rate, expect to see fifty or more break through the $100 billion mark within the next five years.”

Electric vehicles, e-commerce, blockchain and biotech have been the fastest growing industries of the past year. ABCDEs-that is AI, blockchain, cloud, data and ecommerce are creating new opportunities for entrepreneurs and leading to a concentration of wealth and economic power. #KhabarLive #hydnews