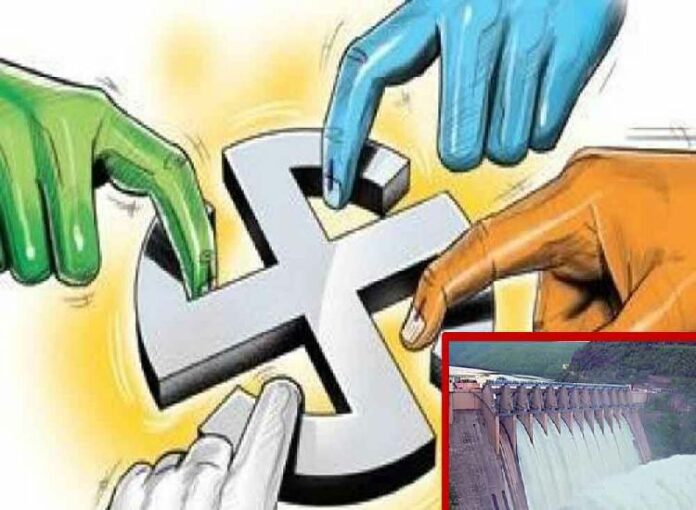 The campaign for the by-election in Nagarjuna Sagar assembly constituency seems to be taking new twists and turns. Instead of a detailed factsheet on who did what for the constituency, it now seems to be getting narrowed down on who is speaking the truth. The Congress candidate, who is a former minister and seven time MLA, K Jana Reddy or the state government.

It all began with the accusation of Chief Minister K Chandrasekhar Rao at Halia public meeting that the Congress did nothing to develop the constituency and that it could not even solve the problem of fluoride in Nalgonda district. He said it was the TRS government which in the last six years took up Mission Bhagiratha scheme and has driven the fluoride menace from the district.

They said Anumula, the village of Jana Reddy, was getting Mission Bhagiratha water. The scheme was started three years back and has become operational, they claimed. The fact is that it has been observed that the tap in Jana Reddy’s house was left open and water was going waste. It seems there is no one in the house and hence the tap was not closed.

It is unfortunate that still Jana Reddy maintains that his house and village were not getting water supply, they said. Interestingly, there has been no rebuttal to TRS charges from the TPCC as none of the top leaders are in the campaign for Nagarjuna Sagar bypoll. #KhabarLive #hydnews