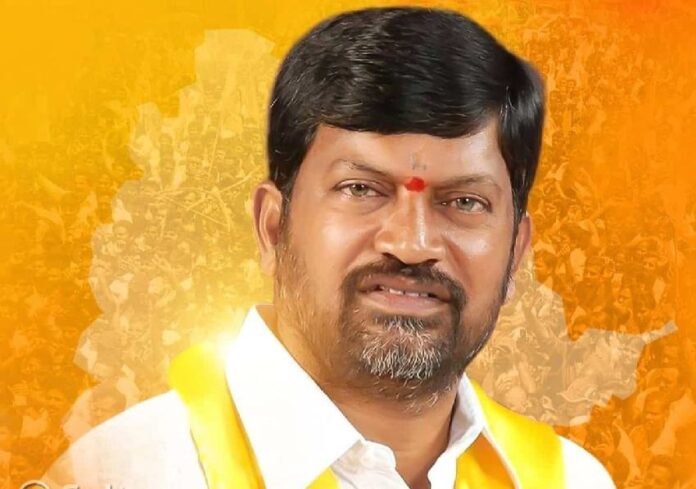 Nowadays, Telangana Politics frequently changing colors, presently,  the defunct Telugu Desam Party will fall on virtual ventilator due to state president and many working leaders are ready to join ruling TRS in the state of Telangana.

The Telgnana Telugu  Desam Party is likely witness a heavy exodus in the next few days, There is buzz that Telangana TDP unit president L. Ramana is getting ready to join the TRS in the coming days. There is information many more TDP leaders are likely to switch loyalties to the TRS.

Telugu Desam Party, which has virtually become defunct in Telangana, is all set to lose its big head very soon, if the reports doing rounds in a section of media are to be believed.

According to these reports,  former minister and Telangana TDP president L Ramana is likely to join the Telangana Rashtra Samithi soon. State minister for panchayat raj Errabelli Dayakar Rao and TRS legislator from Jagitial Dr Sanjay held talks with Ramana and convinced him to join the ruling party.

It is learnt TRS president and chief minister K Chandrasekhar Rao has given the green signal to the entry of Ramana into the party. He even reportedly offered the MLC seat to the TDP leader. Another round of talks is said to be going on between him and the TRS leaders at present.

On June 3, six MLC posts in the MLA quota fell vacant but elections have been getting delayed due to the ongoing Covid crisis. It is learnt that Ramana was given the MLC offer, in view of the vacant seats.

Political analysts said that the TRS is trying to continue with its stronghold in Karimnagar district and is planning to pull in Ramana into the party as part of the strategy.

Ramana, who hails from Padmashali community from Jagitial, has considerable hold in Karimnagar district. The TRS leadership apparently feels that Ramana could fill up the vacancy created by Eatala Rajender who is all set to join the BJP, so that he could balance the BC equations in the district.

If Ramana defects to the TRS, then the TDP may have to wind up its shop completely in Telangana, as he would take along with him other remaining TDP leaders into the TRS. Hitherto, the party has been surviving on a virtual ventilator in Telangana and Ramana has been protecting the identity of the party at least on paper.

It remains to be seen what TDP chief N Chandrababu Naidu will do now. #KhabarLive #hydnews