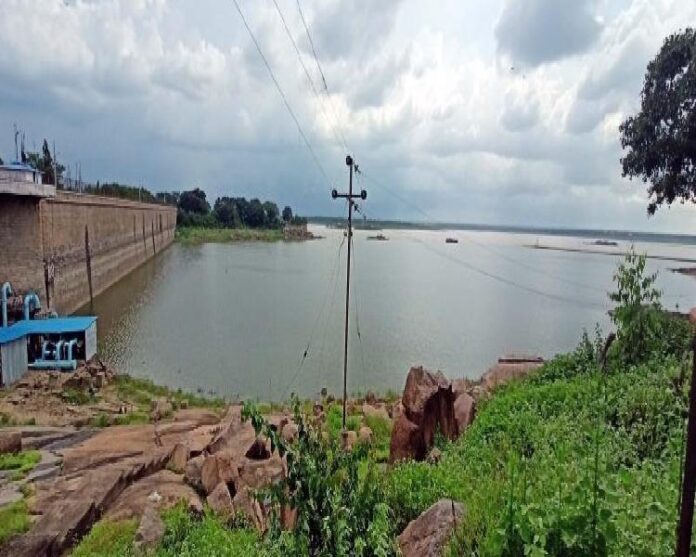 The long-awaited water treatment plant to Hyderabad city is still on papers after 10-years. The government apathy towards implementation is very poor. Though the Hyderabad Metropolitan Water Supply and Sewerage Board (HMWS&SB) designed the project, it is yet to see the light of the day.

Callousness of civic authorities is not only causing huge losses to the exchequer, but also is depriving its denizens of their rightful amount of drinking water for long. Construction of a 90-million gallons per day (MGD) water treatment plant (WTP) at Osmansagar and Himayatsagar lakes proposed 10 years ago is still lying on paper, as authorities seem to be insensitive to the basic needs of people.

If the water treatment plant had been constructed, it would have catered to the drinking water needs of 10 lakh people and avoided inundation at low-lying areas along the Musi during October last year and for the last three months this year. Though the Hyderabad Metropolitan Water Supply and Sewerage Board (HMWS&SB) designed the project, it is yet to see the light of the day.

According to highly placed sources, after the 1908 flash floods caused massive losses of lives and properties, the civic authorities were forced to initiate flood control measures. Renowned civil engineer Sir Mokshagundam Visvesvaraya suggested constructions of two storage reservoirs on Musi named as Osmansagar and on Esi, its tributary, as Himayatsagar.

As the population of the then Hyderabad started increasing, the said flood control storage reservoirs were converted as drinking water supply sources and supply began from Osmansagar in 1920 (construction began in 1912 and completed in 1920) and from Himayatsagar in 1927 by gravity. The water treatment plants constructed at Asifnagar and Mir Alam till date have been treating 40 MGD water which are being supplied in the city.

A decade ago, the twin reservoirs reached their dead storage levels and the water board officials, in order maintain the full tank levels, proposed to construct a 90 MGD water treatment plant linking Osmansagar and Himayatsagar and draw water through gravity from KP Laxmidevipally reservoir as a part of Palamuru-Rangareddy lift irrigation project.  If the project was executed, it would have treated water and supplied to about 10 lakh consumers at Rs. 10 per kilolitre since it could have avoided the electricity and other charges unlike drawing water from hundreds of kilometres from the Krishna and the Godavari river basins apart from avoiding flash floods.

A senior HMWSSB official said the city could have avoided not only flash floods along Musi but also would have catered to the drinking water needs of 10 lakh families at a very cheaper price if the 90 MGD water treatment plant was constructed. He said currently the water treatment plants at Asifnagar and Mir Alam could not treat beyond 20 MGD as they were constructed during early 1900’s and the excess floodwater from the upstream areas were left into the Musi by lifting the gates of twin reservoirs which has been inundating hundreds of colonies in the downstream damaging properties and claiming lives. “City has to live with the flash floods in the coming years and construction of a 90 MGD water treatment plant would be a great help as it could save the city from submergence and cater to its drinking water needs,” the official added.

Apart from the twin reservoirs, Manjira Phase I and II, Singur (Manjira phase-III and IV), Krishna Phase-I, II, III and Godavari Phase-I have been serving the drinking water needs of the city.  As of now, the total installed capacity for Hyderabad drinking water supply is 602 MGD.

At present, a total of 430 MGD is being supplied in the service area of HMWS&SB which is extended beyond the GHMC limits up to the outer ring road (ORR). #KhabarLive #hydnews