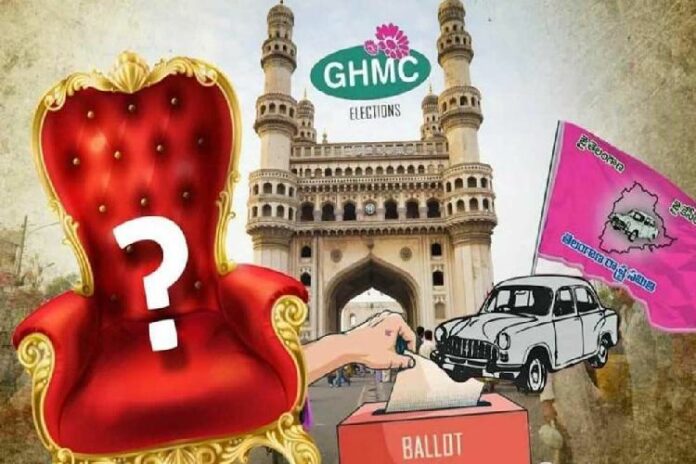 The State Election Commission (SEC) decided to conduct the much-awaited Mayor and Deputy Mayor elections for the Greater Hyderabad Municipal Corporation (GHMC) at 12.30 pm on February 11. Prior to the elections, the elected ward members will take oath at 11 am on the same day.

The GHMC Council has 149 corporators, a BJP elected member having succumbed to Covid-19 last month.

Interestingly, the government has decided to hold the election on amavasya, perceived as inauspicious by Hindus. As per numerology, the numbers will add to Chief Minister K. Chandrashekar Rao’s lucky number six. (56 TS corporators (5+6=11), February 11 (02+11=13) which add to 24 and finally 2+4 =6.)
The SEC has directed GHMC commissioner D.S. Lokesh Kumar to authorise any district collector within GHMC limits to conduct the election.

ALSO READ:  Hyderabad's 'Lamakaan' Glory Of Existence - A Cultural Hubspot And Favourite Place For All

Technically the TRS does not even require the support of 31 ex-officio numbers and the election would solely depend on quorum. Though MIM has 10, BJP 3 and Congress one as ex-officio members, it would be irrelevant.

ALSO READ:  Chandrababu Naidu: The Shrewd Politician Who Didn’t Even Hesitate To Oust His Father-In-Law

The TRS bagged 56 divisions, while BJP secured 48 and the MIM won in 44 divisions in the elections that were held on December 1 after a high-octane campaign. #KhabarLive #hydnews