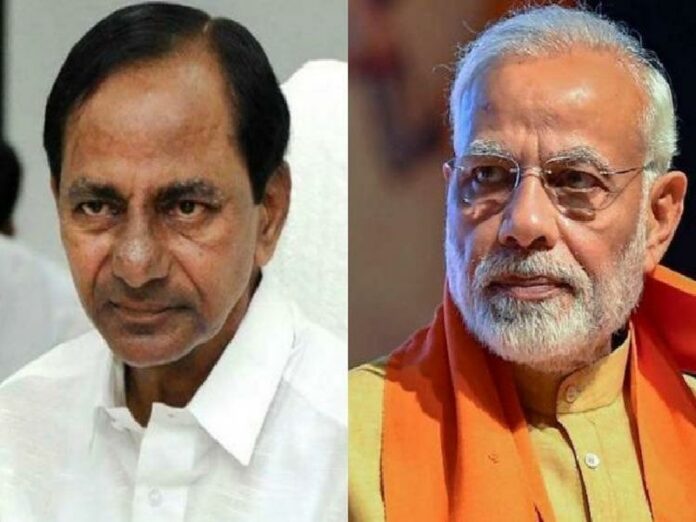 The sudden change in the tone and tenor of Telangana Chief Minister K Chandrasekhar Rao as he spoke about the Centre, especially during his response to the discussion following the Governor’s speech in the Assembly, in connection with the ongoing Budget session, has surprised political observers.

The Chief Minister did not criticise the Central government on any issue. Usually, KCR targets the Centre whenever he gets an opportunity. Furthermore, KCR said that the government will not fight with the Centre and at the same time will not compromise on the issues related to the State’s interest.

In the past on several occasions, KCR had slammed the Central government. At one stage, KCR had criticised Prime Minister Narendra Modi and made comments on personal issues also.

While his Andhra Pradesh counterpart YS Jaganmohan Reddy has been maintaining a cordial relationship with the Modi government soon after assuming the power, but Chief Minister KCR has been treading an aggressive path on the Centre-State relationship.  He once challenged the Union Home Minister Amit Shah to disclose details on the funds sanctioned by the Centre to the State.

But now, whatever the reasons may be KCR seems to go soft towards the Centre.  YS Jaganmohan Reddy met Modi six times whenever he went to Delhi in two years whereas KCR had met the Prime Minister a couple of times during the same period.

Then why is this sudden change of heart? Some say this could be a wait-and-watch ploy of KCR. Sources close to KCR said that he was waiting for the Assembly results of the five States, which were going to polls in one month. KCR strongly believes that West Bengal Chief Minister Mamata Banerjee will retain power in the Assembly elections.

Once BJP becomes weak, KCR once again will initiate the plans on the formation of a Federal Front. If Mamata Banerjee in West Bengal and MK Stalin in Tamil Nadu come to power KCR’s plans on floating the Federal Front may become easy, they said. #KhabarLive #hydnews