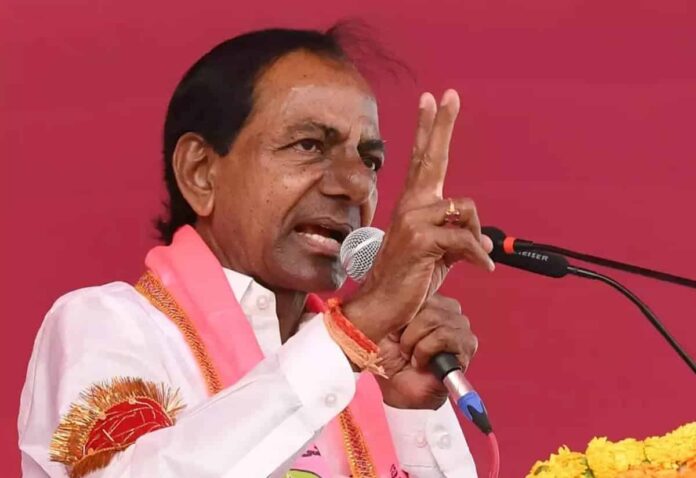 Is it an official or public meeting in Huzurabad by-elections. The public meeting addressed by Telangana Rashtra Samithi president and chief minister K Chandrasekhar Rao to launch the Dalit Bandhu programme has kicked up an interesting debate in the political circles.

District authorities gave written instructions to the local school headmasters and education department officials to mobilise crowds for the public meeting by arranging buses and other modes of transport.

The entire cabinet of KCR was asked to be present at the public meeting, where KCR announced the launch of the Dalit Bandhu programme.

All these arrangements could be understood, if it is an official meeting.
“But, why did the government allow TRS leaders like Padi Kaushik Reddy and TRS candidate for Huzurabad Gellu Srinivas Yadav were given seats on the dais along with CM and the ministers? In what capacity?” Congress spokesman Dasoju Sravan asked.

ALSO READ:  Why KCR’s Call For 'Dismissing Concurrent List' Is Part Of 'Economic And Political Overhaul' In India?

He sought to know if it was a political meeting of the TRS, why the chief secretary was present on the dais.

Sravan alleged that the Telangana police and even senior IAS officials have been acting as TRS members rather than public servants and threatening opposition leaders and people.

“Karimnagar Collector RV Karnan has displayed hoardings welcoming CM KCR with his name in pink colour during KCR’s Huzurabad visit. How come a collector, who is expected to set high standards in public life, stoop so low?” the Congress leader asked. #KhabarLive #hydnews