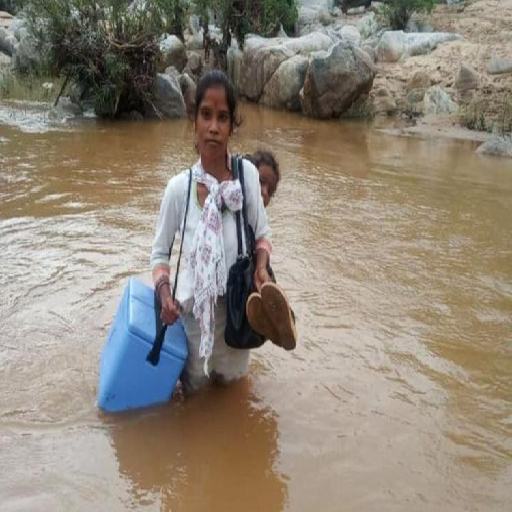 The most neglected frontline warriors in pandemic are Anganwadi workers, they are still serving the needy and performing duties despite not getting wages, allowances and help from governments of Telugu States of Telangana and Andhra Pradesh.

As India has the credit of the world’s largest Integrated Child Development Services (ICDS) programme for early childhood care and development, with over 158 million children (2011 Census) in the 0-6 years age group, and pregnant and lactating mothers in the country coming under its umbrella. It offers six services: supplementary nutrition, preschool non-formal education, nutrition and health education, immunisation, health check-up and referral services, through 1.36 million functional anganwadi centres spread across all the districts in the country. (The number could vary slightly now).

However, the treatment meted out to the Anganwadi workers in the Telugu states by the governments’ is callous. For months together payment is withheld often despite protests and demonstrations. The problem faced by the Anganwadi workers and helpers in remote areas are far greater and their voices do not even reach to concern authorities or government. Like elsewhere, these Anganwadi workers and helpers are the grass root level functionaries imparting supplementary nutrition, health and referral services to the pregnant women, lactating mothers and children under six years and pre-school education to the children under six years.

The contribution made by these more than 7 lakh women workers throughout the Telugu states in reducing malnutrition, child and maternal mortality rates, thus determining the quality of Telugu States biggest wealth, its human resource, is well recognised. However, in remote areas of these states where acute malnutrition, stunting, wasting and anaemia are prevalent among the children, their services reaching out to the remotest places are most crucial. They are paid far below the minimum wages. In spite of this, they are also performing additional duties of various departments like health, panchayati raj etc. They along with the ASHA workers are playing a very crucial role in the fight against Covid-19 pandemic in these states.

But it is unfortunate and most inhuman that these grassroot level women functionaries are not paid even their meagre wages regularly. This year, so far, from January 2021, the wages of Anganwadi workers and helpers are not at all paid, reports suggest. At a time when the country is facing the pandemic, lockdown and huge job and income losses, it has become a life threatening issue for the families of nearly 50 thousand women here.

Not many are aware of the fact that unlike their colleagues from other regions of the country, these workers here who are mostly from socially backward sections are the lone breadwinners of their families. This apart, there are pending wages too from 2019. It is not for the first time that the Anganwadi workers and helpers are facing such a crisis. It is a continuous affair that the wages are not paid for months together and the wages for a period in between are withheld for no reason at all.

No one needs to elaborate on the situation in the region and the less said about the job opportunities, the better. Unlike in other areas, these Anganwadi workers and helpers here do not even have the opportunity to explore other avenues of income. This programme is one of the best to integrate the mothers psychologically with the rest of the country. Why do the Governments ignore them yet? #KhabarLive #hydnews