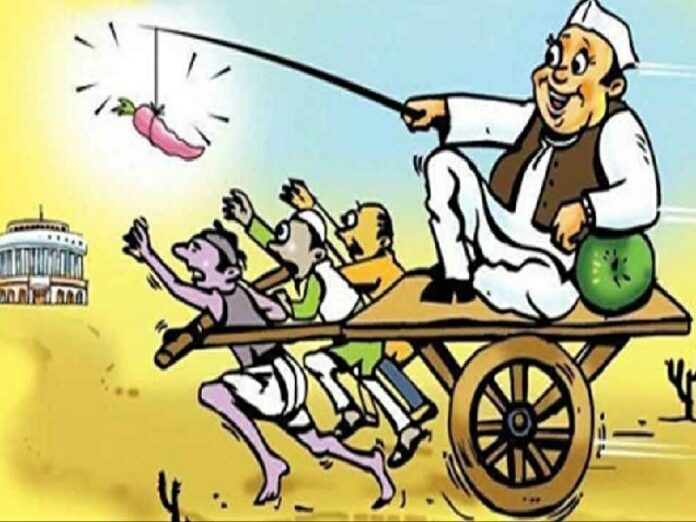 Politics in Andhra Pradesh has perennially been a caste cauldron with the three main social groups seeking power and domination. Now, it is taking a communal turn, a phenomenon alien to Andhra, which has been a model of peace and harmony among various religious denominations.

Mercifully, communal animosity is so far restricted to political parties, leaders and their cadre without ground-level reaction. This was not the case with caste politics. When Kapu leader Vangaveeti Ranga Rao was murdered in Vijayawada in 1988, there was a violent reaction by his followers against Kammas, the caste to which then Chief Minister N. T. Rama Rao belonged.  More recently, the YSRC, a party dominated by the Reddys, alleged that Amaravati was planned as the capital to benefit the Kammas.

The desecration of an estimated 140 idols of Hindu gods and other religious icons — the latest being the beheading of Lord Rama’s statue at the 400-year-old Ramateertham temple in Vizianagaram district – has triggered public outrage and a slugfest among the YSR Congress, TDP and the BJP.  Four months earlier, there was an uproar when the 40-foot high chariot of Sri Lakshmi Narasimha Swamy temple at Antarvedi in East Godavari district was burnt down by miscreants.

Chief Minister Y. S. Jagan Mohan Reddy’s Christian faith, the overt display of symbols by his family members, coupled with the controversy before the Brahmotsavams at Tirumala last year over whether he should sign the declaration of being a non-Hindu, makes it that much more difficult for his government to ward off charges levelled by persons like Sunil Deodhar, AP BJP co-in-charge that he was stoking a ‘Ram vs Rome’ controversy.

The problem lies in the fact that the government has not produced any evidence to the contrary to turn away the needle of suspicion.  Previous controversies about the printing of ads relating to Haj pilgrimage and tours to Jerusalem on tickets of buses plying between Tirupati and Tirumala have enhanced the suspicions. Besides, no headway has been made in nabbing the Antarvedi arsonists or in other major incidents of desecration.

Jagan has constituted a special investigation team (SIT) to get to the bottom of these crimes after having entrusted the task initially to the CID, though there is trust deficit in such probes.  A video clip circulated by RSS ideologue Ratan Sharda purportedly shows a top police officer, a Christian, saying at a meeting how ‘the British gave us a God to worship’.

The BJP and its mentor, the RSS, have been criticising the rise in conversions in Andhra, saying that new churches have sprung up alongside highways and pastors were claiming increase in  ‘Christ villages’ where the entire population is Christian. But, there is no law against conversions so long as they are voluntary and not forced by inducements or physical force.

TDP president N. Chandrababu Naidu has leveraged the sacrilege at Ramateertham to launch a frontal attack on the government. He stirred a controversy by claiming that justice could not be expected when the Chief Minister, Home Minister Sucharita and DGP Gautam Sawang were all Christians. The YSRC hit back by calling these incidents as the handiwork of TDP and accusing the BJP of trying to expand its political footprint by organising agitations. Jagan himself described them as ‘a new model of guerrilla warfare’ where temples were attacked at isolated places with political motives.

In this controversy, the BJP has undoubtedly found a cause to demonstrate its relevance in Andhra. People’s faith in the party had considerably eroded due to non-fulfilment of promises made after bifurcation. This was reflected by its pathetic electoral performance in 2019.  Seeing an opportunity now, the BJP is not flinching in playing the Hindutva card to the extent that even Telangana BJP president Bandi Sanjay has jumped into the fray by accusing Jagan of appeasement of Christians.

Naidu’s new-found Hindutva hasn’t impressed the BJP which has spurned his veiled attempts to reach out to it. It hasn’t forgotten Naidu’s threat in 2003 to prevent Narendra Modi, then Chief Minister of Gujarat, from entering Hyderabad in the wake of the post-Godhra riots. BJP is unforgiving and unwilling to share the Hindutva cake.

Finding himself virtually under siege from the Opposition, Jagan has initiated damage-control measures, apart from ordering an SIT probe and sacking senior TDP leader Ashok Gajapathi Raju as chairman of the Ramateertham temple’s Trust Board, for failure to protect the temple. Further, to remind public about the Naidu government’s track record on temples, he laid the foundation for reconstruction of nine out of the 30 temples in Vijayawada demolished during the TDP regime for the Krishna Pushkarams.

In order to refurbish his image and get back to his pet political agenda of establishing three capitals, Jagan held discussions with political strategist Prashant Kishor whose electoral strategy propelled the YSR Congress to power. Jagan and his party surely need an image makeover if they want to retain the Tirupati Lok Sabha seat in the coming byelection. #KhabarLive #hydnews