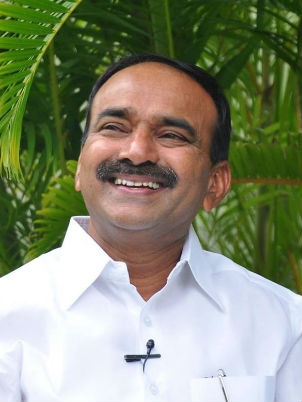 Why the sacked TRS minister Eatela Rajender joining BJP? Only to get rid of legal hassles from TRS government. This makes his supporters and well-wishers to take a back step with disappointment.

Rajender might have taken the decision to protect himself from the witch-hunt launched by the TRS government led by K Chandrasekhar Rao and safeguard his properties.

He might have got an assurance from the BJP leadership that the Centre would ensure he won’t go to jail.

But his decision has very much disappointed many people who were hoping to see in him an effective alternative to the TRS.

They were hoping that Rajender would float a new political outfit with the support of like-minded people and in the next two years, it would emerge as a powerful force.

“There has been a largescale disgruntlement among several TRS leaders against the style of functioning of KCR and had Rajender floated a new party, many of them were ready to join hands with him. It was no doubt risky, but it would have given him tremendous mileage. He chose the safest path,” a political analyst said.

“His entry into the BJP will definitely help the party, but it will not help him to grow politically,” he said.

Kodandaram said Rajender’s revolt against the TRS leadership had created a lot of hopes among the people, who were waiting to see the end of KCR’s dictatorial rule.

“Now that he has decided to join the BJP, their hopes were shattered and his decision dampened the spirts of many people who were ready to join hands with him,” he said. #KhabarLive #hydnews

ALSO READ:  Why ‘Friendly’ Ties Between BJP And Telangana Rashtra Samiti Are Coming To An End?