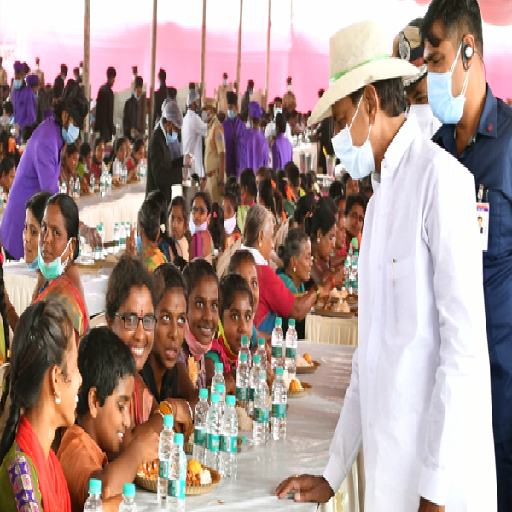 The agony and apathy of three adopted villages by Telegana Chief Minister KCR are reeling under sheer neglect. This had come into focus when KCR adopted new Vasalamarri village which flourish with KCR visit and rewards.

Vasalamarri village in Bhongir-Yadadri district was the cynosure of all eyes as Chief Minister K.Chandrasekhar Rao visited his adopted village and announced his plans for developing it into a model village.

“You are lucky I noticed this village while commuting to my farm house. I saw its haphazard paths and dilapidated houses. Now that I have adopted this village, I want you to work collectively as a family to develop this on all fronts. No family or person in this village should be without work or livelihood,” he told the gathering.

He also announced the sanction of funds- Rs.20 lakh to each of over 400 Gram Panchayats in the district and funds for six municipalities too. As for his adopted village, he has plans to develop it with Rs.100 crore if required, he declared during the Grama Sabha.

As Vasalamarri started basking in the CM’s attention and his plans to visit it at least 20 times in the near future to ensure its transformation as planned, some revisited the villages previously adopted by the Chief Minister to see how they have been faring post adoption by him.

Kesavaram, Laxmapur and Muduchintalapalli villages in MedchalMalkajgiri district were adopted by the Chief Minister in 2017. The villagers recalled how thrilled they were when KCR announced developmental plans for the villages and double-bed room houses. They recalled the festive atmosphere, the feast they had in the villages to celebrate the adoption, and how they had assimilated the words of the Chief Minister that they all should cooperate and put in their efforts for developing their villages.

But even after four years, the villages are sans any visible signs of development. A sarpanch of one of the villages recounted that he had demolished his two dwellings trusting that the government would take up construction of houses. The village was sanctioned 150 houses, but not one house has been constructed till date. “Today I am living in a rented house. The promised Rs.20 lakh fund was also not released so far, despite repeat visits to government offices,” he said.

The plight of Laxmapur village is worse. Though Dharani portal was launched, the villagers are not getting Rythu Bandhu benefit as their village does not have a revenue map. The villagers have been tilling their lands for decades. After repeated representations, it was said that the village land was in dispute with lands of the Revenue and Forest departments. An assurance was given that the district officials would conduct a survey and ‘settle’ the ownership issues. However, the farmers lament that they are yet to get pattadar passbooks and the Rythu Bandhu assistance.

ALSO READ:  A New Student-Run 'De’Bohemian Café' At UoH Becomes The 'Favourite Spot' For All Students

The families of five farmers who died did not get Rythu Bhima as there were no records in Dharani.

Muduchintalapalli village too was promised 100 houses, a community hall, a market yard, but they are yet to be fulfilled. In Keshavaram too, the story is similar. A hundred DBR houses were promised, but not a single house has been built or no other facilities befitting a village ‘adopted’ by the CM came up. #KhabarLive #hydnews