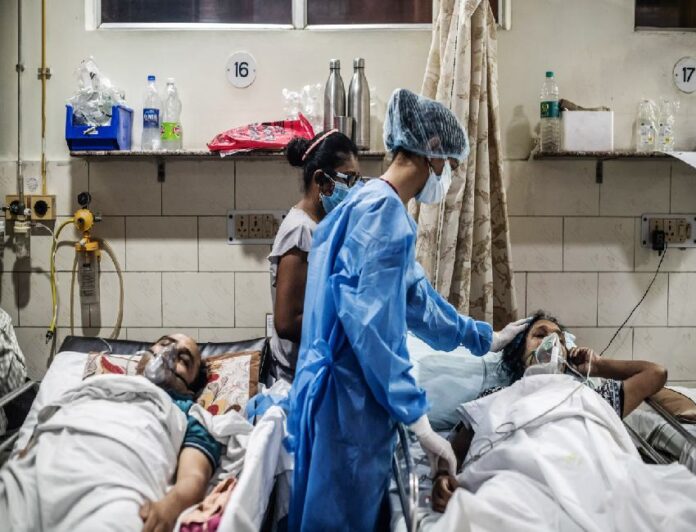 As a sudden spurt in recovered Covid patients returning with severe ailments to hospitals in Hyderabad is the major concern for doctors.

Although there has been a dip in the number of Covid-19 cases across the state, an increase in the number of patients returning to hospitals post recovery is now a matter of deep concern for doctors.

Several hospitals across Telangana are witnessing a rise in the number of patients with serious post-Covid complications. As many of the recovered patients in this wave had developed lung fibrosis, they were advised to remain on oxygen support at their homes. Apart from symptoms like lethargy, fatigue, body pains and brain fog, witnessed in the first wave, some patients have additional complaints like pneumonia, collapsed lung, heart failure, strokes and mucormycosis.

Doctors point out that even younger people with no co-morbidities are experiencing heart attacks, pulmonary embolism, and thrombotic complications. Officials pointed out that the incidence of cardiac complications and acute heart attacks are reportedly the same in both waves, though the numbers have been higher in the second wave due to a larger number of cases.

An official, speaking to #KhabarLive, on condition of anonymity, said:“Since the magnitude of the second Covid-19 wave has been massive, such cases have increased everywhere. It is mostly seen in patients admitted to ICU and requiring a sufficient number of days to recover. Certain recovered patients develop lung infections and they need to be put on oxygen support”.

Despite a reduction in cases, the government continues to convert regular beds to oxygen beds to not only brace up for the third wave cases, but also to handle the number of people complaining of lung issues and pneumonia.

According to Dr Sravan Kumar, city-based pulmonologist, “Patients who were hospitalised are the majority of those who are returning. Even in asymptomatic cases there will be Covid. We are seeing increasing cases of uncontrolled diabetes in a normally healthy person. Scars caused by the Covid infection remain on lungs, making it difficult for the lungs to function properly. The scar tissue which replaces the diseased lung tissue after the infection is not capable of the original function to transfer oxygen into the blood. Such patients are left with a persistent oxygen requirement; so, they return to hospital”.

Several recovered patients have to be given immediate treatment in hospital, but some are advised to remain at home and continue the treatment process.

Dr G Abhishek said, “People who are treated for Covid should closely monitor their health conditions till 6 months to make sure they are not developing further complications. Post-COVID complications are a broad range of new, ongoing or returning health conditions, people can experience more than 28 days – 4 weeks after first being infected with the coronavirus.” #KhabarLive #hydnews